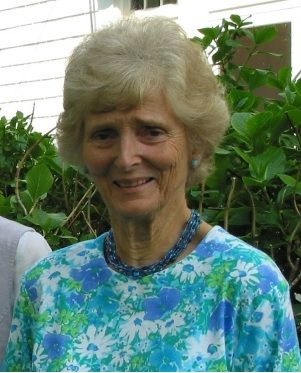 Agnes Crocker Brengle of Concord and North Haven, Maine, died peacefully at home on September 12, 2016 at the age of 91, surrounded by her loving family. Mrs. Brengle was born on March 25, 1925 in Fitchburg, MA, daughter of the late Douglas and Isabelle Carter Crocker. She was the wife of the late William C. Brengle, to whom she was married for 53 years. Mr. Brengle predeceased her in December 1999.

A resident of Concord for 68 years, Mrs. Brengle tutored as a reading specialist in the Concord Public Schools during the 1970s and served as a Docent and volunteer gallery instructor for school groups at the Boston Museum of Fine Arts from 1978 to 1992. She was a member and patron of the deCordova Museum in Lincoln from 1986 to 2015, a member of the Kodály Musical Training Institute, and a long-time member of the Chilton Club in Boston. Mrs. Brengle also helped found the Seeds and Weeds garden club of Concord in 1954 and was its president in 1978-79.

Something of a Renaissance woman, she played both classical and popular piano, grew lovely flower gardens wherever she lived, cooked a variety of cuisines, and played tennis into her 70s and golf into her 80s. She was an avid reader and painter, instilling in her children a love for music, literature and the arts. Most of all, she rejoiced in the company of her many friends and extensive family, always eager to host guests, whether travelers (by land or sea), her children's school friends, or even passers-by, with great food, perhaps a little drink, and always good conversation.

Mrs. Brengle was a 1943 graduate of St. Timothy's School in Maryland, of which she was a Trustee in the late 1960s, and a member of the Radcliffe class of 1947. Although she left college to marry and raise her children, Mrs. Brengle returned to school 20 years later to finish her undergraduate degree in 1971 and complete her master's degree in education in 1976, both at C.W. Post (now known as Long Island University-Post) in Brookville, New York.

She is survived by her four children: Katharine C. Brengle (the late Kenneth Gilpin) of New York, NY; Douglas C. Brengle, MD (Susan) of Cincinnati, OH; William C. Brengle, Jr. of Camden, ME; and Andrew C. Brengle (Susan) of Ipswich, MA. She leaves two sisters, Constance B. Crocker of Denver, CO, and Isabelle C. Osborne of West Cornwall, CT, and is also survived by eight grandchildren and one great-granddaughter.

Family and friends will gather to honor and remember Agnes on Friday, October 28 at 11:00 am at the First Parish in Concord, 20 Lexington Rd., Concord, MA. Interment in Sleepy Hollow Cemetery will be private.