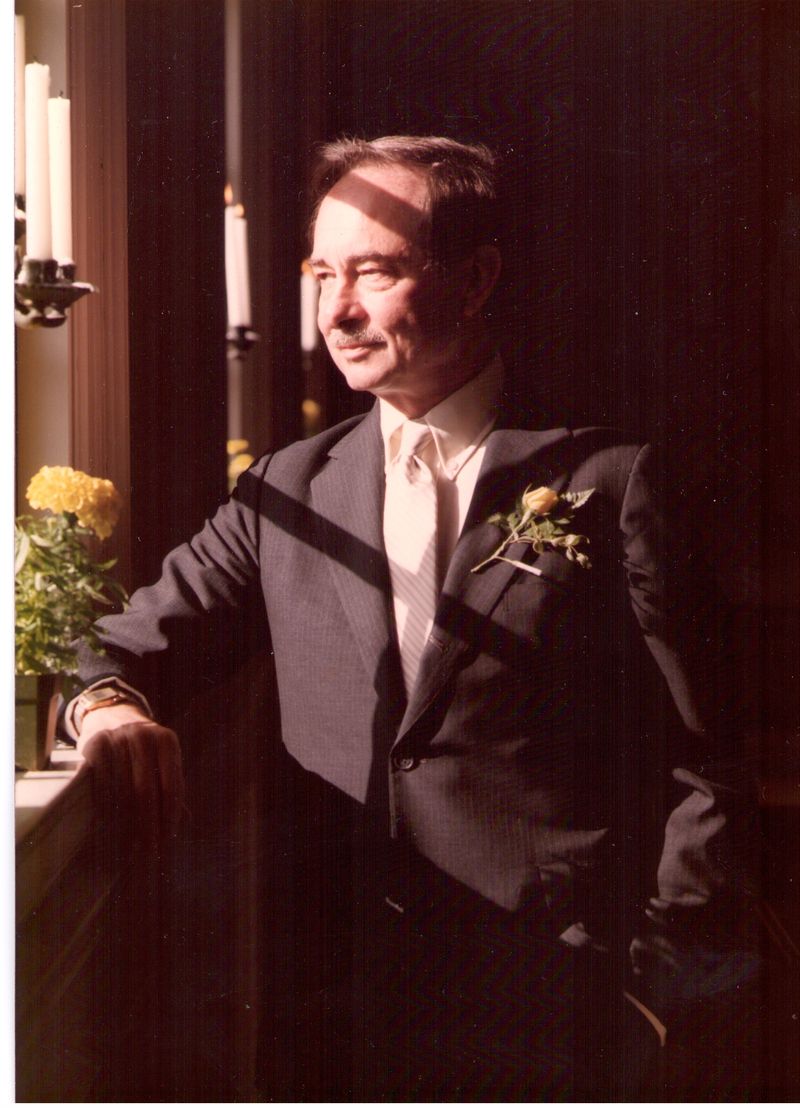 Dr. Alan Eschenroeder, 81, of Concord,MA, and formerly Lincoln, MA, passed away peacefully, March 15, 2014, surrounded by his loving family. As a member of the faculty at the Harvard School of Public Health his teaching centered on pollutant behavior in the atmospheric environment with special emphasis on connections between air, water, soil and food sources. Dr. Eschenroeder developed and applied computer-based models of health risks as they are influenced by physical and chemical processes in the environment. His recent projects include a comparative risk analysis of waste management, an exposure assessment for contaminants emitted during military actions in the Middle East conflicts, a model for exposure of railroad workers to diesel pollutants, an assessment of health risks of the petroleum coke industry and an evaluation of a complex computer simulation of national scale health impacts under development by the government. Shortly after his appointment in 1996, he was assigned to an international development project in Slovakia where he analyzed the policy implications of proposed air pollution control legislation and taught a health risk analysis course in the graduate school of medicine. He organized an air pollution task force made up of middle management personnel from the Ministries of Health and Environment. Other foreign assignments included visiting academic appointments in Switzerland, Greece and China.

Dr. Eschenroeder's work in the environmental sciences began in 1967 with development of computer models describing the evolution of photochemical smog in the Los Angeles Basin. These techniques combined meteorology with chemical kinetics borrowing heavily from his earlier contributions in fluid dynamic research. He offered planners a way of predicting the effects of pollutant emission controls on reducing human exposure. This pioneering effort was initially met with skepticism among environmental officials, but after the first Earth Day in 1970, interest grew in supporting the development of reliable air quality planning tools. In response to the new needs, Dr. Eschenroeder built an organization in Santa Barbara, California devoted to the analysis of environmental problems. He participated in the design, management and analysis of coordinated airborne and ground-based field programs that validated the computer models. While his main emphasis was air quality issues, he worked with biologists to develop a food chain vulnerability theory for the responses of an ecosystem to chemical threats. The National Science Foundation supported this work, which included publications and workshops. The National Academy of Sciences appointed him successively to four committee assignments in the field of air quality. Scopes of these committees included tropospheric ozone, diesel vehicles, environmental measurements, and transportation systems. His scholastic honors include Tau Beta Pi, Pi Tau Sigma, Phi Kappa Phi, Sigma Xi and the Sibley Prize. Who's Who in America and Who's Who in the World have published his biographical data in several successive editions.

In this same time-frame he served on the Santa Barbara City Council during the recovery period following a massive crude oil spill in waters offshore from Santa Barbara. In response to this crisis he formed a city environmental quality advisory board which provided technical backup for subsequent successful litigation against the responsible parties. In his capacity as an elected official, Dr. Eschenroeder worked with Federal authorities to initiate legislation in the US Congress designed to minimize damage from future oil spills in offshore waters. In this effort he was called as a witness in several hearings and was invited to work with legislative staff in drafting bills. Completing his term on the council, he was appointed to serve on the Board of Water Commissioners. After becoming chairman of the board, he spearheaded the engineering and financing of an upgraded wastewater treatment facility that provides a water recycling component. The plant uses extra treatment to generate irrigation water for limited contact areas such as cemeteries and freeway medians. His management responsibilities extended to a regional board, which interfaced with the US Bureau of Reclamation in the operation and maintenance of dams and reservoirs. Concurrent with these responsibilities, Dr. Eschenroeder was appointed by the Santa Barbara Air Pollution Control District to chair a rules committee. After adoption of the rules, he served as co-chair of the Air Quality Hearing Board.

His simulation model development work expanded to encompass contaminants in water, soil, biota and food chain. This effort, which extended over several years, supported the government's response to a settlement agreement covering all of the priority pollutants. His mathematical modeling results provided human exposure distributions combining national scale material balances with toxicity data to characterize health risks to the US population. Dr. Eschenroeder subsequently adapted the exposure modeling approaches to specific geographical regions or specific industries. He served as an expert witness for both plaintiffs and defendants in numerous examples of litigation following the enactment of the basic environmental legislation. The most notable of these cases involved a chain-reaction traffic crash in the southeastern US that killed or maimed dozens of people. Dr. Eschenroeder presented technical testimony showing that the reduced visibility causing the crash was attributable to an industrial pollution source. Years of analysis, preparation and discovery culminated in a settlement on behalf of the plaintiffs a week before time of trial. Two television documentary productions depicted the history of the case using his model output cloud animations and satellite photo sequences that had been filed as courtroom exhibits. He has performed comparative health risk and climate change assessments of alternative approaches to municipal solid waste management with special emphasis on various combustion technologies versus traditional landfilling.

He received both his BME and PhD degrees in engineering at Cornell University concentrating on experimental investigations of combustion in flow systems. While serving in the army between undergraduate and graduate studies, his projects developed data on the performance of light gas guns superheated by chemical reactions. His research used of some of the earliest digital computers (now on display at the Smithsonian Institution History and Technology Museum). His postdoctoral work at the Cornell Aeronautical Laboratory produced methodologies for the dynamics of chemically reacting high speed flows. The results found applications in mapping the performance of shock tunnels, in developing thrust augmentation schemes for nuclear rockets and in determining the radio blackout characteristics of the Apollo earth reentry module. At this point he collaborated with radar physicists to characterize the effects of radar on flows around high speed objects entering the atmosphere... Defense agencies enlisted his participation in study groups developing directed energy weapons. Part of this assignment involved the analysis of technical intelligence regarding the status of potential Soviet threats of death ray devices.

Dr. Eschenroeder devoted the next several years to building a research group in Santa Barbara, California. The mission of his group was to provide the linkage between laboratory simulations of spacecraft reentry into the earth's atmosphere and down range full scale flight tests on the Pacific Missile Range. His fundamental research extended the statistical theory of turbulence enhancement in reactive flows. The effects predicted by his analysis were subsequently observed in ramjet experiments. His collaboration with microwave scientists clarified the understanding of apparent anomalies observed in field tests. These same notions contributed to his later models for the persistence of radar opacity at late times in nuclear fireballs. His research results, supported both by laboratory and full scale flight tests, provided inputs to war games designed to train military commanders.

In his mid-life career change he exploited the continuity between the defense work and the environmental research that followed. The theoretical approaches, the mathematical methods and their computer implementation carried over into his early developments of photochemical smog simulations.

His early years were spent on a small farm outside of St.Louis, Missouri. An early exposure to railroading spurred his technical interests. Family members took him on engine house tours, and neighbors taught him to set up routes by aligning switches and signals in signal towers. In later life this became an active avocation as he fired and ran steam locomotives. He completed a hands-on course in England on the art and science of engine driving, which resulted in a certificate of proficiency.

He is survived by his loving wife, Laura; a daughter Lise in Santa Barbara; a daughter Laurel McGinley and her husband J.P.in Stafford, VA; a stepson, James Riker and his wife Rosalyn in Tacoma Park, MD; and a stepson, Van Riker and wife Jenn in Seattle, WA. Also survived by five grandchildren, Robert, Daniel, William, Sean and Reed

In lieu of flowers, memorial donations can be made to the:
Dr Alan Quade Eschenroeder Memorial Fund at a financial institution to be announced for a Cornell University scholarship.