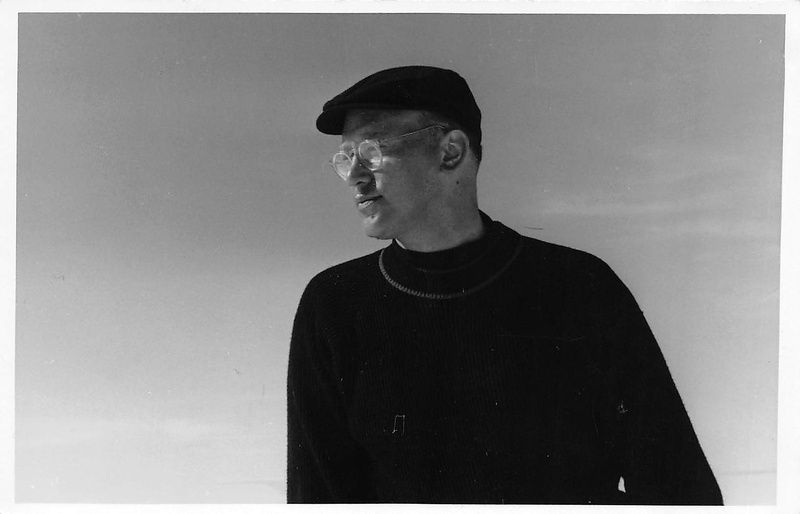 In loving memory of Al Ehrenfried of Acton, MA , formerly of Concord, MA and Lewiston, ME died peacefully on November 2 at age 99. Al lead a full and robust life filling every day on this earth with the search for knowledge, and with love and empathy for others.

Al was born June 26, 1922 in Lewiston, ME to Mildred and Jacob Ehrenfried. He graduated from Lewiston High School in 1939. To help his family thru the Great Depression, Al started his own business selling candy and magazines to students at Bates College near his home. He built and sailed wooden boats at Bear Pond, and also constructed a working submarine with one of his high school classmates. Al earned his Boy Scout Eagle Scout rank in 1938. He took up music as a piano player, drummer and ultimately played the stand-up bass in the LHS school band. He played in school music groups and began his prolific music career playing with several Big Bands around the State of Maine.

In 1940, Al entered the University of Maine where he studied Engineering Physics. He was a member of Phi Kappa Sigma. Al was the co-director of the Maine Dance Band, a member of the tennis team and the ski team during his stay in Orono. In 1999, Al was elected president of the Maine Class of 1944, where, with his other classmates lead many successful philanthropic programs to benefit the University. Al was also elected to the Francis Crowe Society (UMaine Engineering) in 2007, and the Maine Block M society.

After Maine, Al joined the MIT Radar lab, and soon after, enlisted in the U.S. Army serving as a Technical Sargent in the Signal Corps at Fort Monmouth, NJ continuing his scientific work in early radar research and development.
After discharge from the service, Al returned to MIT earning a Masters Degree in Instrumentation in 1953. While at MIT, Al was elected to the Sigma Xi Society, and worked under Dr Draper at Instrumentation Laboratories where he continued various advanced research projects including the award of several patents for his work.

Al was an outdoorsman who was an Eagle Scout, and registered Maine Guide in his youth. He also loved skiing, hiking, boating, sailing, nature photography, tennis and golf. Al combined his love for golf and entrepreneurship submitting and receiving a patent for a new golf scoring system one week before his death.
Al enjoyed and supported all forms of the arts from theater, dance, music, photography and fine arts.

In 1958, Al re-kindled a childhood relationship with Jo-Ann Prince of Lewiston Maine. They were married, and moved to Concord, MA where they had two children, James and Heidi.

Al founded technical marketing and innovative product companies, and served on several boards of directors. He remained active in business up to the day of his passing.

Al was predeceased by his wife Jo-ann Prince Ehrenfried of Acton and Lewiston, ME, and brothers David (Lewiston, ME) and Paul (Palo Alto, CA).

Family and friends will gather to honor and remember Al for visiting hours on Wednesday, November 17, 2021, from 4:00 to 7:00pm in the Concord Funeral Home, 74 Belknap St, Concord, MA. A celebration of life will be held on Thursday, November 18 at 11:00am at Trinity Episcopal Church 81 Elm St, Concord, MA with U.S. Army Military Honors to follow. Burial will be private.

Concord's town flag flew at half-staff on Thursday, November 18, 2021 in honor of Al's service to his country.

Gifts in memory of Al Ehrenfried may be made to:
www.umainefoundation.org/memorial to be added to the Albert D Ehrenfried Class of 1944 Scholarship Fund.