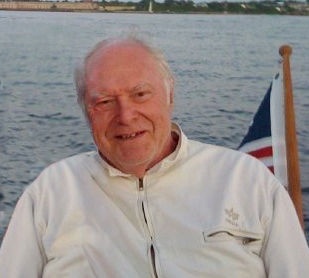 Albert J. Matukaitis "Al" & "Grondon", died peacefully on April 9, 2020, age 89, in Concord, MA. He was born June 4, 1930 in Bristol, CT to Helen and Joseph Matukaitis. His intelligence, creativity, sense of humor, generosity of spirit, and capability to talk to anyone from any walk of life made him a good friend, husband and father. Albert graduated from Bristol High School in 1949, where he was a varsity football player, sang with a barber shop quartet, was an avid swimmer and worked as a lifeguard in Rockwell Park. After high school, he joined the United States Air Force, serving from 1950-1954, including tours of duty in Korea.

Albert spent many happy years living in the Los Angeles, CA area. It was there that he met and married his wife Hazel, on December 29, 1965. Albert was an Industrial Engineer. Over the course of his career, he worked for Huffman Mfg., Northrup Grumman, and Textron Inc., designing assembly lines and maximizing production efficiency. He retired in 1992 and pursued his lifelong passion for the visual arts for the remainder of his life. Al was an artist, who loved to paint "en plein air", but he was also a coach – encouraging those around him to pursue the visual arts with kindness and patience. He was active in the art community in Jamestown, Wickford & Newport, RI, where he painted with various groups and exhibited his work alongside his peers.

Al was active in the United Way of Greater Dayton, OH, and later volunteered for the Millis Lions Club in Millis, MA. In retirement, he was a board member of the Conanicut Island Art Association in Jamestown, RI and an active member of the Wickford Art Assoc. in Wickford, RI.

A Secular Memorial Service will be announced.