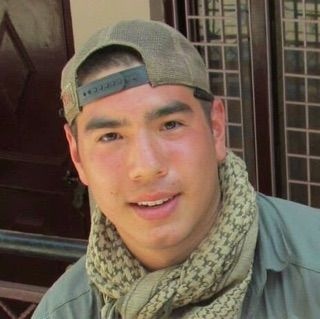 On July 4, 2017 the world lost a gentle, loving and caring soul. Alex Terajewicz, age 24 lived in his much-loved Missoula, Montana. He was formerly of Concord.

Alex was born on January 16, 1993, a twin with his brother Andrew, younger brother of Halina and loving son of Chris and Ru Hong Terajewicz.

From a young age, Alex's love of the outdoors was evident. He explored his passion for nature through participation in Boy Scout camping outings, culminating in high adventure wilderness hiking and camping at the Philmont Scout Ranch in New Mexico. He was an Eagle Scout from Concord troop 132. As a teenager one summer, Alex bicycled across Montana in an organized bike tour, and a following summer he bicycled cross-country from Charleston, SC to San Diego, CA.

Alex graduated from Concord- Carlisle High School with the class of 2011. He was a fierce and accomplished wrestler on the CCHS Varsity Wrestling team and in his senior year was captain of the team. Soon after graduation Alex set out to live in Montana, where he studied at U Montana in Missoula and enrolled in the pre-nursing program with a goal of becoming an RN.

Alex was also a Certified Wilderness Medicine EMT, which he achieved during a summer break at the SOLO School of Wilderness Medicine in New Hampshire. During a summer study abroad trip to the Himalayan region in India, his EMT skills were tested when he identified a critical emergency medical situation and unhesitatingly took the required actions to save another young man's life.

Alex loved everything about the Montana outdoors. He would visit friends and family back east but always relished the idea of returning home to Missoula. He became the consummate outdoorsman and enjoyed hiking, camping and hunting. He and his "Emma Dog" were inseparable and she accompanied him wherever he went on his outdoor adventures.

Alex lived life with zest, but most of all he was always a precious and loyal friend to many. He was a compassionate, empathetic listener who dispensed good life advice. Alex was a man true to his word. He was an adventurous (and voracious!) eater who enjoyed cooking. To his own delight, Alex introduced many of his friends to dishes that they may not otherwise have considered.

Alex is survived by his loving parents, Ru and Chris; twin brother Andrew; sister Halina and grandmother Tzu-Heng Hsu. The three siblings were incredibly close and there will forever be an irreplaceable missing piece. Alex also leaves behind many cherished aunts, uncles, cousins and devoted friends.

We love you beyond imagination Alex. Rest in peace forever our sweet boy.

Family and friends will gather to honor and remember Alex on Thursday, July 13 from 4:00-8:00 pm in the Concord Funeral Home, 74 Belknap St., Concord. His funeral mass will be celebrated on Friday, July 14 at 11:00 am in Holy Family Parish, Monument Square Concord. Interment will be private


Donations in Alex's memory may be made to:
Montana Wilderness Association
80 South Warren
Helena, MT 59601
www.wildmontana.org