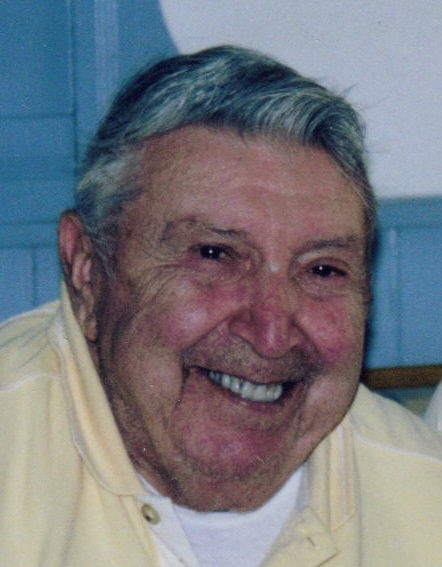 Born in Concord on November 22, 1924, he was the son of the late Antonio and Francesca (Antonucci) Giusti. A lifelong resident of Concord, Alfred attended Concord public schools and graduated from Concord High School with the class of 1944. He later received a degree from the Arlington Academy of Music where he studied accordion, piano, and music education. In 1953, he married Mary (Diniz) Giusti.

From 1943 until 1946, Alfred proudly served his country in the U.S. Army. He was a private first class with the 740th Field Artillery Battalion, Headquarters Battery 12th Corps, 3rd Army. Alfred also served with the 68th Tank Battalion. He was stationed throughout Europe - Scotland, England, France, Belgium, Germany, Luxemburg, Austria, and Czechoslovakia, and participated in the Battle of the Bulge. He received the European-Africa-Middle Eastern Campaign Medal with 4 battle stars. He made many good friends during the war, and kept in touch with his army buddies throughout the years. He was a member of the VFW Post 10336 and the American Legion Post 158.

During his high school years and beyond, Alfred took part in the musical group, The Swifticator Swingsters, playing at music halls throughout the region. The group also organized orchestras to play at dances and parties. While at the Arlington Academy of Music, Alfred discovered conducting, which he greatly enjoyed. He also taught accordion to area students.

Although Alfred loved playing music, he made his living at the Wilson Lumber Company. He started as a truck driver, working his way up to a managerial position. Alfred was the manager of the company’s roof truss division, making prefab roof trusses for many area buildings. He took great pride in his work, pointing out to family and friends which buildings were outfitted with his trusses. Alfred remained at Wilson Lumber until his retirement in 1989.

For many years, Alfred enjoyed spending his summers at the family’s vacation home in Windsor, New Hampshire. In 1955, Alfred, his wife, and parents, purchased land on White Pond and built a cottage and boathouse. While at the pond, Alfred enjoyed fishing and boating. Alfred was also an avid sports fan. Although he enjoyed watching all sports, baseball and basketball were his favorites, probably because he played both in high school. He was absolutely thrilled when the Red Sox finally won the World Series in 2004 and then again in 2007. He was also a member of the Knights of Columbus Council 5292.

Alfred is survived by his wife of 57 years, Mary, and their children: Joseph Giusti; Carol Cochran, of Lunenburg; and Deborah-Ann Giusti, of Concord. He is also survived by three granddaughters: Mallory and Stephanie Cochran, and Megan Giusti, as well as many nieces and nephews. In addition to his parents, Alfred was preceded in death by his siblings: Mafalda Ammendolia, Albert Giusti, and Adelca Zaleska.

Concord's town flag will fly at half staff in honor of Mr. Giusiti's service to his country in the United States Army during WWII.

GIFTS IN HIS NAME MAY BE MADE TO:
Wayside Hospice/Parmenter VNA
266 Conchituate Road
Wayland, MA 01778