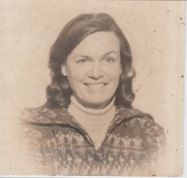 Alice M. (Burke) Draine, age 90 of Concord died on Wednesday, February 15, 2012 at Carleton-Willard Village in Bedford, surrounded by the love of her family. Alice was the wife of the late Commander Richard P. Draine.

Born on February 5, 1922 in Hull on the sea, she retained a lifelong love of the ocean. She was the fourth of six children of the late John and Agnes (Greeley) Burke.

Raised and educated in Allston, she graduated from high school and attended Katy Gibbs secretarial school.. She worked in clothing retail but soon married and followed her Navy husband to Norfolk and Arlington, VA., then Littleton and Chelmsford finally settling in Concord in 1972.

After raising six children, Alice attended the College of Public and Community Service, UMass-Boston. She worked as a Social Worker for several years at Mass. Rehab. While in Concord, she made fast friends through Milldames and Concord Piecemakers, who nurtured her great talent for quilting. Alice's friends and family cherished her because she was a caring listener, a charming companion and a vibrant lover of life.

She is survived by her children, Michael Draine of Acton, Katy (Draine) Pimentel of Concord, Lucinda Draine of Worcester, Patrick Draine of Billerica, Robert Cassidy of Maynard and Betsy Draine of Madison, WI. She is also survived by her grandchildren, Caroline Draine, Susanna Draine and Ryan Cassidy and her great-grandson Phoenix Cassidy. She was also the grandmother of the late Brigitte Cassidy.

Services will be private. Burial in Sleepy Hollow Cemetery, Concord

GIFTS IN HER NAME MAY BE MADE TO:
Hospice of the North Shore & Greater Boston
75 Sylvan Street, Suite B-102
Danvers, MA 01723
www.hns.org