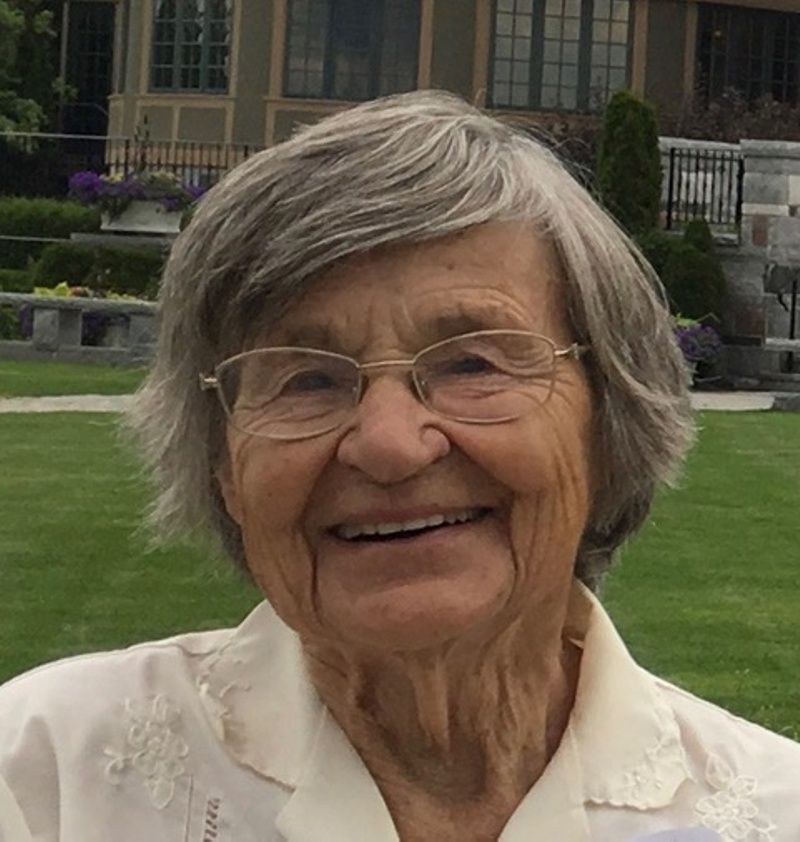 Alice R. "Kitty" Pierson of Lincoln, Massachusetts, formerly of Englewood, NJ, died Tuesday, November 24, 2020, at her home after complications following hip surgery. She was 91 years old and was surrounded by family at the time.

Born Alice Winthrop Roberts in Princeton, New Jersey, she was the daughter of Sylvia and Thomas Roberts. She was nicknamed "Kitty" from birth. Her father was a successful oilman in Oklahoma, and later the founder and CEO of an early technology company, ASCOP. Her mother was a homemaker and sparkling entertainer at their home on Hodge Road in Princeton. Kitty grew up there and graduated from Wellesley College in 1951. Shortly after graduation she married Fred Dunn, a Harvard-trained physician and tropical-disease specialist. Her husband's work took Kitty across the country and around the world, from Great Britain to California to Malaysia. She had two children, Alice and Eric Dunn, who survive her.

After Kitty's first marriage ended in divorce, she married a childhood friend, Dr. Richard N. Pierson, who survives her. Kitty had a lively time raising Alice, Eric, and Dick's children from a previous marriage: Robin Pierson, Olivia Jacobs, Alexandra Griffin, and Cordelia Pierson. Their first big adventure was a six-week bicycle trip across southern France, camping in farmers' fields and getting to know each other.

Kitty was keenly interested in nature and conservation, and served many roles at Flat Rock Brook Nature Center in Englewood, NJ where she and Dick settled in 1974. In 1984 they built a house on the rocky coast of Great Cranberry Island in Maine, next to her brother and sister-in law, Owen and Janet Roberts. Kitty devoted many years to supporting island life, through creating affordable housing and other needs. A ferocious tennis player, she won numerous titles at the island's annual tennis tournament, "Wimbleberry."

Kitty lived a life of outdoor adventure, spending her summers as a child in Red Lodge, Montana and later camping with her family in the Adirondacks, the Canadian Rockies, and other remote places. She loved to hike, and completed her last ascent of Acadia National Park's near-vertical Precipice Trail at the age of 80. She taught her children how to ski, swim, use power tools, arrange flowers, cook over a campfire, push their boundaries, and to be kind to others. She was an avid reader who loved a good conversation over a jigsaw puzzle by a merry fire, her ubiquitous cup of tea by her side.