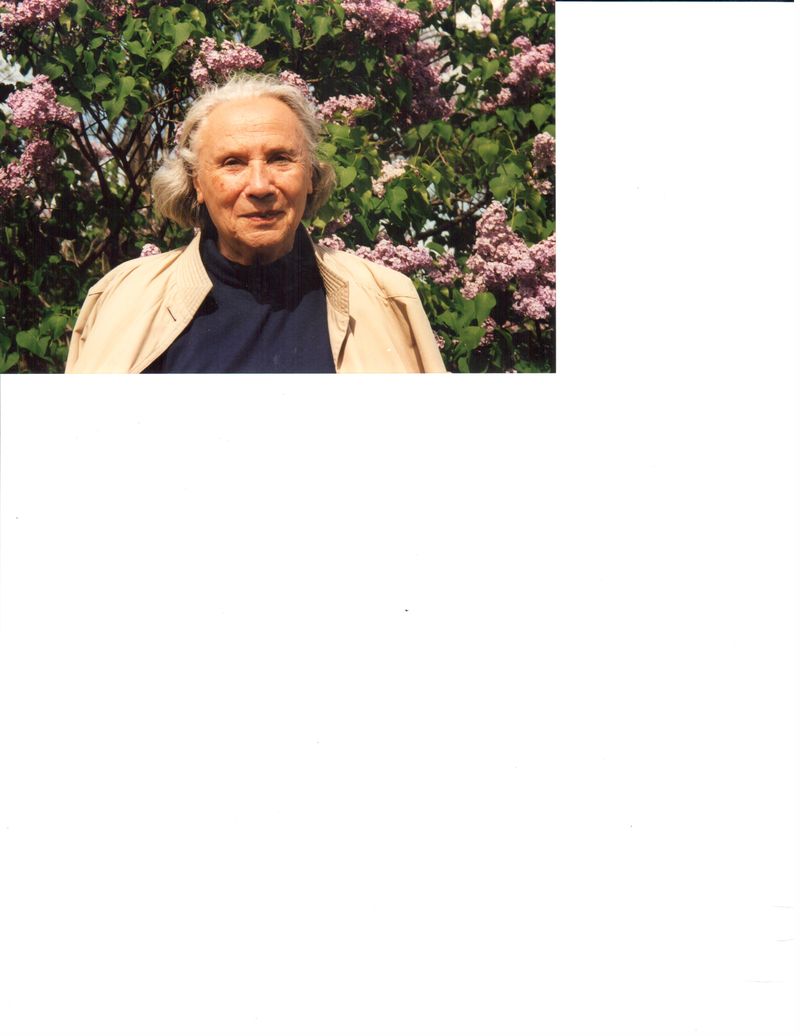 Alice Plume died in Concord on April 7, 2013 at the age of 98. Spirited and smart, with a huge heart, Alice had a love for life and learning that endeared her to the many people in Concord who knew her. She still loved going to the library and visiting with friends. Alice was born in Riga, Latvia on July 3, 1914. The only daughter of Janis and Emma Purins, she lived in Azerbaijan during World War I. After the war, her family returned to Latvia, a small, Baltic country with a strong cultural love of nature, music and the sea. Alice spent her early years playing outdoors on her grandmother's farm in the summer, and in winter, riding in a horse-drawn sleigh through the snowy countryside. As a young woman, she loved to attend the opera and studied piano at the Riga Conservatory.

Alice knew early on that she wanted to become a doctor and began her medical studies in Riga. She married Richard Plume, a lawyer and photographer.

During the German occupation of Latvia in World War II, Alice, newly pregnant, fled with her family to Germany. There she gave birth to her only daughter, Ilse, and continued to pursue her medical studies, graduating with a medical degree from the University of Hamburg. Along with her mother, father, husband and daughter, Alice survived the bombing of Dresden, emerging from a dark basement to find the City in flames.

In 1950 Alice and her family emigrated to the United States to begin a new life in Philadelphia. She became a U.S. citizen in 1956, and worked as a general practitioner in Woodward, Iowa for 30 years before retiring in Concord to join her daughter. Her zest for discovery continued into retirement and Alice took over 120 classes at the Harvard Institute for Learning in Retirement over the course of 23 years. She loved to travel—ranging as far as Egypt—and her favorite place of all was Italy.

Alice was a loving mother and grandmother and is survived by her daughter, Ilse Plume, and her granddaughter, Anne-Marie Alden. Over the years she has been a source of inspiration to both of them through her love of learning, sense of adventure and loyalty.

Gifts in her memory may be sent to:
Friends of the Concord Free Public Library
129 Main Street
Concord, MA 01742