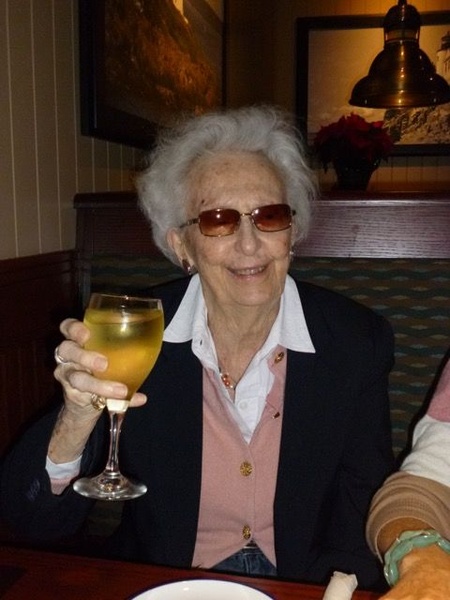 Pete was born in Baltimore, MD, December 11, 1922, second daughter of the late Mary F. (Winter) and and Clarence D. McKean. As the daughter of the first director of the finger print department of the F.B.I. in Washington D.C., and then Special Agent-in-Charge of offices in Detroit, Oklahoma City, New York City, Jacksonville, Pittsburg and Boston, Pete finally landed in Needham, MA and graduated from Needham High School, followed by graduation from Katharine Gibbs School in Boston.

She worked as the Executive Secretary for the Newton Community
Chest and, during WWII, served as a special hostess at the Buddys'
Club in Boston. While living in Needham, she was a member of Christ Episcopal Church.

After her marriage to Edmund H. Tunnicliffe III and the birth of her first child, she moved to Westwood and became the secretary and office manager for her husband at the Westwood Chapel of Smith and Higgins Funeral Home. There, she became a member of the Westwood Baptist Church and was Treasurer of the Sunday School.


In 1985, along with her husband, she moved to Dennis on Cape Cod, MA and, in 1987, to Palm Coast, FL. There she was a member of St. Thomas Episcopal Church, Palm Coast Yacht Club, the Palm Coast Players Club for Tennis and many duplicate bridge groups.

She leaves her husband of 68 years, Ed Tunnicliffe; her son Ted and his wife Linda Tunnicliffe of Laconia, NH; her daughter Nancy and her husband Geoffrey Rhodes of Grewelthorpe, North Yorkshire, England; her grandchildren, Erica Cohen, Sarah Rhodes and Andy Tunnicliffe; six great-grandchildren and Susan Tunnicliffe of Concord, MA. She was pre-deceased by her sister, Frances Schmitt and by her grandson, Matthew Rhodes. In addition, she is survived by many nieces and nephews as well as grandnieces and grandnephews.

For those who wish, gifts in her memory may be sent to "Bridge Ministries," PO Box 1958, Minden, NV 89423, memo: "Pete Tunnicliffe Memorial Fund." Tax-deductible contributions will be used to support the OneLife Africa student leadership center. Both Pete and Ed are supporters of OneLife Africa, an organization started by Linda's daughter Stephanie and her husband Andrew Onguka of Nairobi. OneLife Africa is a Christian non-profit that provides high school scholarships and mentoring for bright and needy students in Kenya.