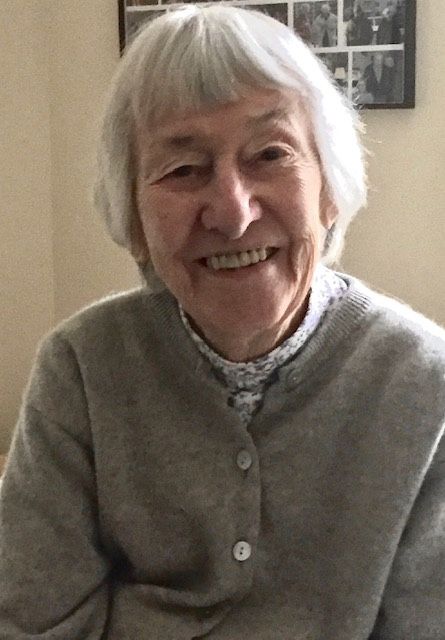 Alisa Littell Storrow, 92, died Feb. 24, 2020, in Lincoln, Mass. She was a longtime resident of Stonington, CT and was active in village municipal activities and the Calvary Church choir. In addition to serving for four terms as a burgess of the Borough of Stonington and on the board of the Aquarion Water Company, she worked as a real estate agent in Stonington in the 1980s and 1990s.

She was the daughter of Robert Littell and Anita Blaine Damrosch Littell and a granddaughter of Walter Johannes Damrosch, a conductor, composer and longtime director of the New York Symphony Orchestra. An alumna of the Chapin School in New York City, she attended Smith College and the David Mannes Music School. Her first marriage to Richard Chester "Jeff" Brown in 1950, ended in divorce. She married Charles "Charlie" Henry Fiske Storrow in 1978, who died in 2017.

She is survived by her sons, J.C. Brown of Bosque Farms, N.M. and Anthony Brown of Brownville, Maine; by her brother Walter D. Littell of Concord, Mass.; and by her stepchildren, Margaret T. Storrow of Indianapolis, Ind., Thomas W. Storrow of Gill, Mass., Charles F. Storrow of Calais, Vt., Amy L. Storrow of Washington, D.C. and John K. Storrow of Boston, Mass. Her brothers, Blaine Littell and Philip Littell, predeceased her.

As a girl with three brothers, Alisa's nickname was "Schwesti," a shortened version of Schwesterlein, meaning "little sister" in German, as in the famous Brahms folksong. Charlie, Alisa's husband, was an avid sailor and one of Alisa's pleasures was being on the water with him. In her later years, she and Charlie lived at Stoneridge in Mystic, where she was an active resident participating in several committees to improve and expand amenities. She was a passionate reader, movie buff, excellent cook, lover of music, superb listener who offered grounded, thoughtful advice and a legendary storyteller. She will be greatly missed.