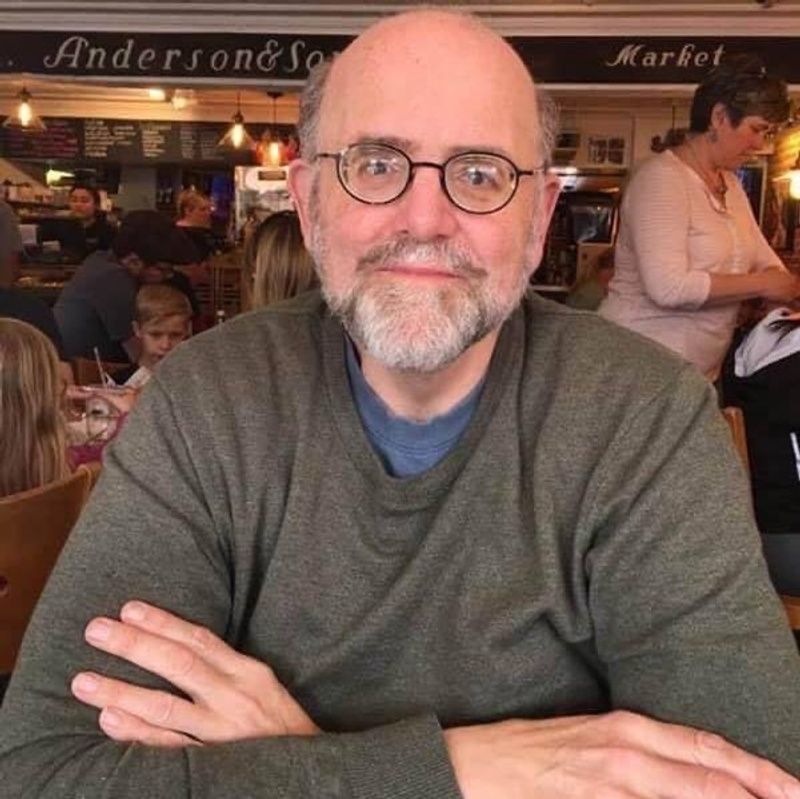 Andrew John Snyder, 65, beloved son of the late Marjorie and Charles Snyder, cherished cousin of Melanie Hogue, Lydia Howes and Timothy Osborne, adored best friend of Victoria Steinberg, and dear friend of so many people in so many places, left this earth on Saturday, November 13, 2021.

Born in Boston, and brought up in Cambridge, Watertown, and, for much of his youth, Concord, Andrew most recently lived in Watertown, after a wonderful eleven years in Maynard.

A cum laude graduate of Harvard College, class of 1977, Andrew later spent 24 years in New York City, working in market research and immersing himself in the cultural life of the city, before returning to Concord in 2001 to take care of his mother. After moving to a perfect old house in Maynard in 2009, Andrew became a force in the civic life of his new community, serving on the Maynard Democratic Town Committee, including nearly three years as its co-chair. He was a delegate to the Massachusetts Democratic State Convention several times. Andrew was also on the Maynard Conservation Commission and its representative on the Master Plan Steering Committee. In addition, he was a member of Three Rivers Progressive Mass and its Healthcare Working Group, testifying in favor of Medicare-for-All.

Brilliant, witty and able to find a delightful, unexpected angle on just about anything, Andrew truly embraced the world and all of its possibilities. When he loved something or when it just caught his interest, he'd throw himself into it, learning everything he possibly could, exploring it with all of his heart and considerable intellect. He spoke impeccable French, despite learning it mostly through the CCHS language lab; had a beautiful voice, which earned him a spot on the Harvard Krokodiloes; and, on his novice try, made it to the finals of the New York Times Crossword Tournament. He loved books, theater, movies, music of all kinds, the Red Sox, and oddly, cottage cheese. He adored his puppies – Lucky, Murphy, Midnight, Shelby, Buddy, Jessie, Eve, Asia and Jules. The best way to honor him would be to adopt a senior dog, preferably a Chow. It's guaranteed heartbreak, but love is like that. And he cherished the friends he made in Concord, Cambridge, New York and Maynard. They are devastated today, but, again, love is like that.

Andrew's funeral will be on Saturday, November 20, at 1 p.m., at the Trinitarian Congregational Church, 54 Walden Street, Concord, followed by burial at Sleepy Hollow Cemetery.

In lieu of flowers, contributions in Andrew's name may be made to the rescue organization that paired him with his beloved Shelby: Stop the Suffering, P.O. Box 21703, Columbus, Ohio 43221-0703 stopthesuffering.org or to the Concord Free Public Library Corporation, c/o Marcy Eckel, 129 Main Street, Concord, Massachusetts 01742. cfpl.networkforgood.com