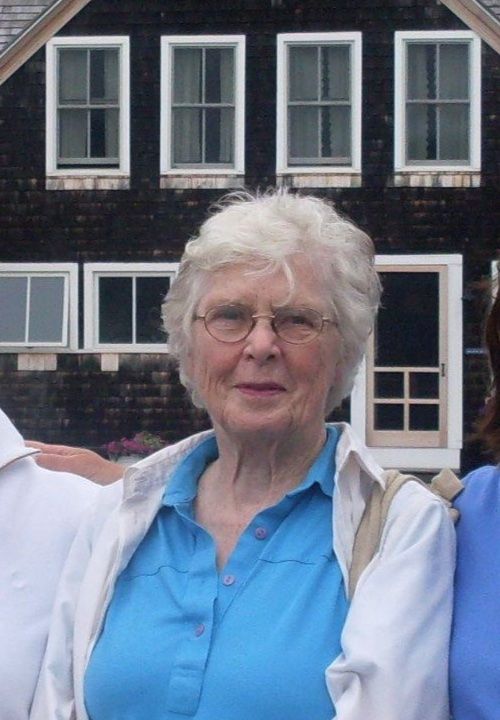 Ann Patricia (Brown) Janes (85), a resident of Lincoln, MA for over 60 years, died on June 13, 2015. Mrs. Janes was born in Watertown, MA, one of six children of the late Gilbert L. Brown and Mary J. (McArdle) Brown. She had lived in Watertown, MA prior to attending Regis College in Weston, MA, from which she graduated with a liberal arts degree in 1951. She was married at St. Luke's Church in Watertown, MA to the late Dr. G. Sargent Janes, who pre-deceased her in 1993.

Mrs. Janes was a life-long volunteer librarian both at the Lincoln Public Library, and in the late 1960's and 1970's at various Boston Public School libraries. She was a member of the Lincoln Historical Society and the Massachusetts Genealogical Society. She was an avid genealogist and authored two historical works, "Gathering Laurels in Mexico: The Diary of An American Soldier in the Mexican-American War" and "The California Excursion: An Illustrated Account of A Transcontinental Train Trip in 1874". She was also a member of the Lincoln Garden Club and the Town of Lincoln Cemetery Commission.

Ann was a faithful and long-time member of St. Joseph's Church in Lincoln where she was the first head of the alter guild and was also involved in documenting the Church's history. She loved the outdoors, gardening, swimming at Valley Pond, and long walks in the Lincoln woods. She met her husband Sarge, a graduate student at MIT, sailing on the Charles River and always enjoyed summers in Maine.

Her funeral mass will be celebrated on Saturday, June 20 at 11:30 am at St. Joseph's Church, 142 Lincoln Road, Lincoln. Internment will follow at the Lincoln Cemetery, Lexington Rd., Lincoln, MA.