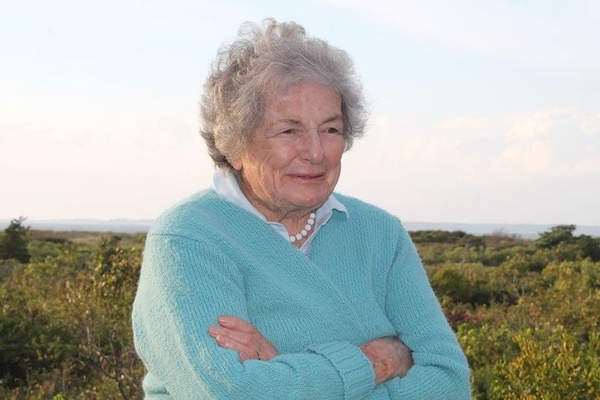 Anne T. Smith, known to her family and friends as Nancy, 100, a former longtime resident of Concord, MA, and for the last six years, a resident at Carleton Willard Village in Bedford, MA. died on April 12, 2021.

She was born in Baltimore, Maryland on February 2, 1921. The daughter of John C. and Emily Owings Taliaferro and the sister of the late John C. Taliaferro III and Austin B. Taliaferro. She graduated from the Bryn Mawr School and was a part of the class of 1943 at Smith College.

In 1948, she married Edward W. Smith III of Baltimore, who died in Lincoln, MA in 1990. Mrs. Smith taught for many years as a Specific Language Disability (SLD) tutor and English teacher, first at Sidwell School in Washington and finally at Nashoba Brooks School in Concord, MA.

After retirement, she served on the Friends of Cotting School Committee. Always interested in education, she volunteered as an English as a Second Language tutor at Concord Prison Outreach and later volunteered in the Ireading program for the Mystic Valley Senior Services. She was a volunteer at Emerson Hospital and during the summer, she for volunteered for the Vineyard Community Services.

In 1970, she and her husband built a house on Martha's Vineyard, which became a gathering place for friends, children, grandchildren, nieces, nephews, and their children.

An avid tennis player, golfer, and gardener, she was a member of the Mink Meadows Golf Club, West Chop Club, Vineyard Haven Yacht Club, and the Concord Country Club. She was also a member of the Ladies Tuesday Club in Concord, MA. In 2006, at 85 years old, an ad in the Vineyard Gazette for watercolor classes caught her eye. She enrolled and soon became an enthusiastic amateur watercolor painter.

She is survived by her son, Austin W. Smith of Lisbon, NH, his wife Deborah C. Smith, her daughter Catesby T. Gross of Hanover, NH, three grandchildren, Austin T. Smith and his fiance Alexandra Milne, Alicia C. Smith and Lindsay B. Gross. She is also survived by 10 nieces and nephews.

In lieu of flowers, contributions may be made to:
The Concord Art Association
37 Lexington Road
Concord, MA 01742
www.concordart.org
or
The Cotting School
453 Concord Ave
Lexington, MA 02421
www.cotting.org