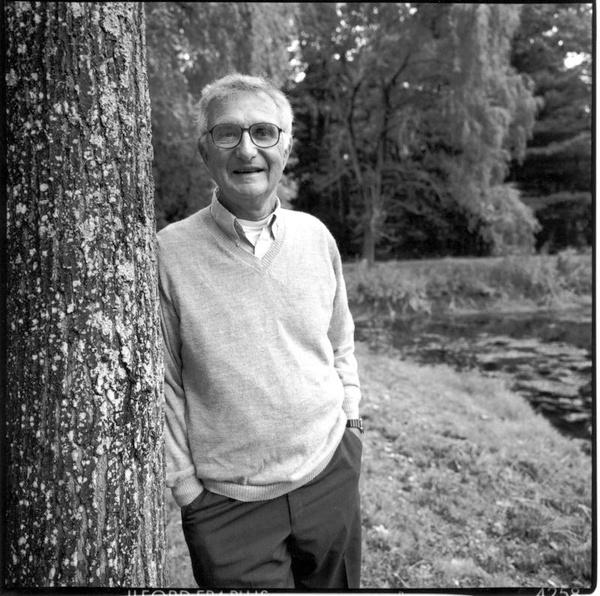 Arthur Norris Milliken, a longtime Carlisle and Concord area resident, died October 9, 2018 with his children by his side. Arthur "Nod" Milliken was born August 12, 1929 in New Haven, CT, the son of Arthur "Prof" Milliken and Susan Buckland Milliken. He attended Brooks School (1947), Yale University (BS, 1951); and the Harvard Business School, Smaller Company Management Program, (1975). Arthur served as a lieutenant in the US Navy on the Destroyer Willard Keith, 1952-1954.

Milliken's life was characterized by a love of adventure, family and friends, as well as a deep commitment to both conservation and strengthening his community.

Milliken met his future bride in 1963 while seeking career advice from Waldo Holcombe, his former physics teacher at Brooks School. At a dinner at the Holcombe home, Milliken was introduced to Holcombe's daughter, Lee Holcombe. As he later said, "I was immediately infatuated by her bubbly cheer and inclusive smile." A few months later, after a winter walk on the ice at Walden Pond, Arthur proposed. He married Elizabeth Lee Holcombe on June 20, 1964, and remained her partner until her death in June 2005.

Milliken moved with Lee to the Concord-Carlisle area in 1968 to work at Acorn Structures, Inc., an innovative prefabricated custom home building company located in Acton, MA. He was the Sales Manager and then President of Acorn Structures, Inc. until the company was sold in 1995. From 1969 to 2006, Milliken was a resident of Carlisle, where he and Lee raised their three children and developed deep ties to the community.

Milliken served on a variety of Carlisle town committees, including the School Committee, the Town and School Building Committees, Elderly Housing Committee, and the Bike/Pedestrian Safety Advisory (Pathways) Committee. Milliken's board service reflects his enduring commitment to protection of the natural environment. From 1997 to 2009, he was on the board of the Carlisle Conservation Foundation and served as its President from 1999 to 2004. During this period, Milliken's leadership led to the adoption by the town of the Community Preservation Act, through which Milliken helped preserve more than 600 acres of land in Carlisle. Milliken also served on the board of the Sudbury Village Trustees, where he helped lead a regional effort to conserve and protect thousands of acres.

In 2005, Milliken and his wife Lee Milliken shared the honor of receiving the Carlisle Outstanding Citizen Award, presented by the Old Home Day Association, in recognition of their decades long commitment to the Town of Carlisle.

For many years, Milliken worked to improve opportunities and outcomes for children, youth and families, first as a member of the board of directors of Concord Family Service/Concord Assabet Family & Adolescent Services, and then as the board's President. He also served on the board of SPIN USA.

After moving from Carlisle, Milliken continued to be fully engaged in his community of residence, first on the board of Concord Greene in West Concord and later through committees at Carleton-Willard Village in Bedford. Singing with the Carlisle Community Chorus enabled Milliken to retain a connection to Carlisle.

Milliken was an active member of The First Religious Society at the Universal Universalist Church in Carlisle, MA, where he served as a trustee. He and Lee joined the church soon after moving to Carlisle, but this community became even more important to him after Lee's passing. He valued his friendships with members of the Men's Group and Book Group.

Milliken's passion for outdoor adventure on wheels, snow and water took him around the world, and was the foundation for many friendships. His account of sailing to Martha's Vineyard from his home in Hyannis Port in a storm as a high school junior- with only a pocket compass and the 1890's vintage chart he took off his grandfather's wall to guide him- is now a family legend. The Milliken family later sailed out of Wings Neck on Cape Cod, participating in Herreshoff 12 1/2 races through the Buzzards Yacht Club. He bicycled, skied and motorcycled throughout his life and looked forward to his annual fly fishing trips.

A highlight of his later life was his involvement in paragliding. After his first flight at age 79 with an instructor, in typical fashion, he became dedicated to the idea of flying solo, and earned his Paragliding Pilot Two license after his 80th birthday. He flew in Europe and Latin America, as well as at his favorite local spot, Morningside Flight Park in Charlestown, NH. As recently as early September, he shared photos of his adventures at a Carleton-Willard Village men's breakfast.

A service to celebrate the life of Arthur N. Milliken will be held on Nov 3, 2018 at 11 AM at the First Religious Society, located at the Unitarian Universalist Church, 27 School Street, Carlisle, MA.
In lieu of flowers, please take the time to vote in November.