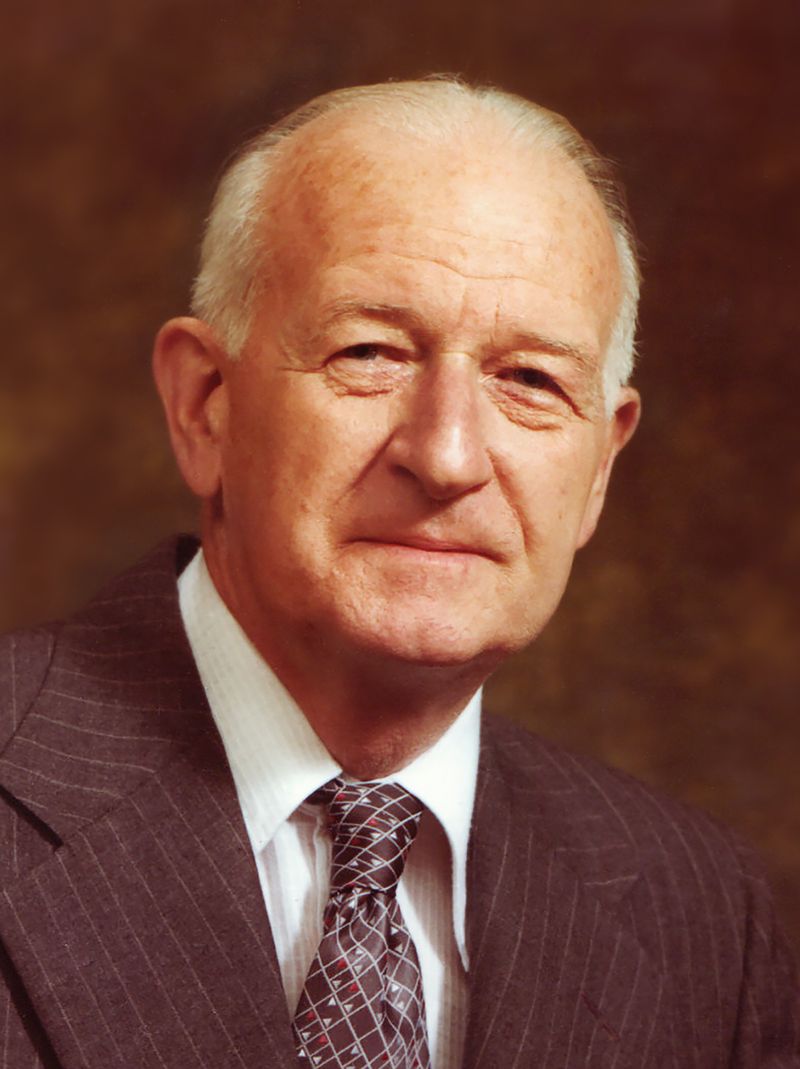 Arthur David (A.D.) Quackenbush Jr., 102, formerly of Acton and Concord, passed away peacefully on February 22, 2014 in Littleton MA. He was born August 18, 1911 in Mobile, AL, the oldest son of Arthur David Quackenbush, Sr. and Lillian Henrietta Tonsmeire. He was predeceased in 2008 by Nancy Chivvis Quackenbush, his wife of 66 years. He is survived by two daughters, Nancy Rubsam of Poughkeepsie, NY and Ellen Quackenbush of Concord, MA and two sons, Carr Lane Quackenbush of Monson, MA and Schuyler Quackenbush of Westfield, NJ, and by nine grandchildren and seven great-grandchildren.

Mr. Quackenbush graduated from the University of Alabama in Tuscaloosa in 1933 with a degree in chemical engineering. He was a member of Delta Chi fraternity and was elected to several honorary societies, including Tau Beta Pi. In 1939, he earned a Master's degree in chemical engineering from Iowa State University. He worked as a chemist at Mallinckrodt Chemical Works and Monsanto Corporation, both in St. Louis, MO. While in St Louis, he met Nancy Glasgow Chivvis and they married September 28, 1941.

Mr. Quackenbush served the WWII war effort by starting the country's military munitions manufacturing at Kankakee Ordinance Works in Joliet, IL and Longhorn Ordinance works in Marshall, TX. He was plant manager of Otto B. May Inc. in Newark NJ for over twenty years, where he manufactured dye, including the indigo dye used in blue jeans.

He wrote and published a family genealogy that traced the history of the Quackenbush family back to Pieter Quackenbosch, who left Holland in 1653 and settled in the Hudson River valley of "New Netherland" to practice his trade as a brick maker. Mr. Quackenbush was a talented wood worker and cabinet maker, creating reproduction Simon Willard grandfather clocks and other fine pieces of furniture for his family.

A.D. served as Warden and treasurer of Grace Episcopal, Plainfield, NJ, where he was instrumental in the repair and re-installation of a 47-bell carillon, one of the largest carillons on the East Coast. He also served on the North Plainfield, NJ Public Library board. After moving to Concord, MA in 1989, Mr. Quackenbush continued his church volunteer work, serving on the property committee at Trinity Episcopal, Concord, MA.

A true southern gentleman, Mr. Quackenbush gave his children a sense of duty, fair play, self-reliance, a solid moral compass, a respect for hard work, and a life-long love of learning. He taught his children to judge others by their actions, rather than their heritage, recounting many stories of helping to better the lives of the workers at his plant in Newark, NJ.

In lieu of flowers, donations may be made to:
Trinity Episcopal Church
81 Elm Street
Concord, MA 01742.