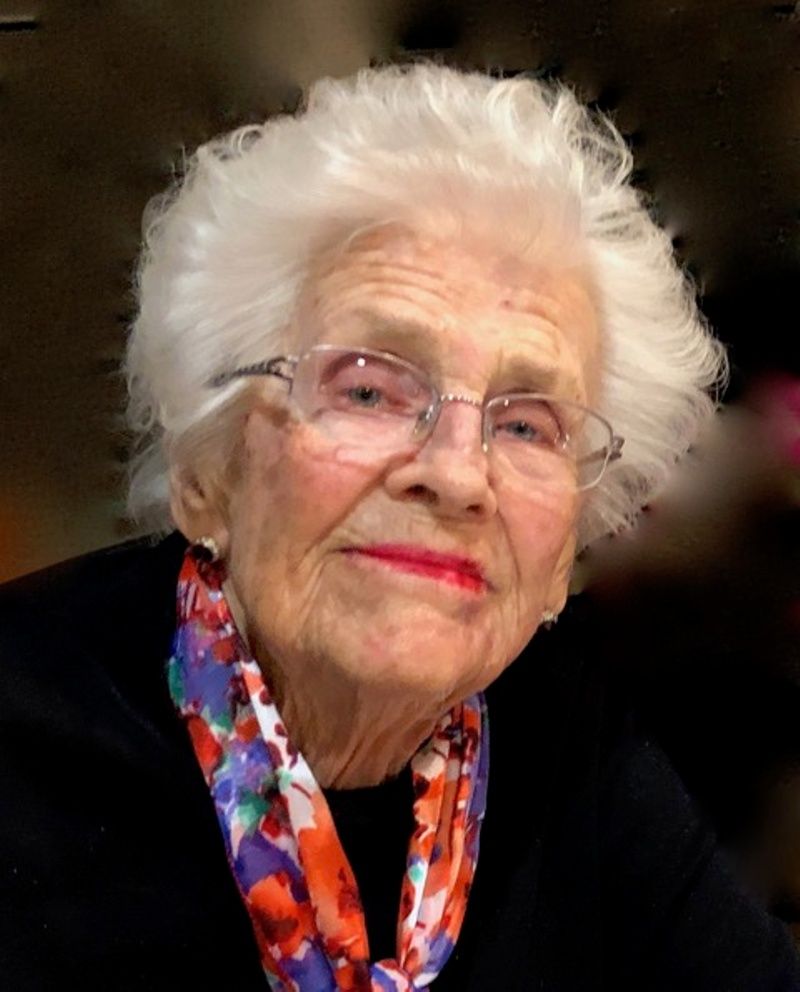 Barbara Jane Kirkpatrick (nee Kelsberg) of Weston and Wellesley, MA died on December 11, 2020. She was born in Vancouver B.C. Canada in 1926, the daughter of S. Alex and Phyllis Kelsberg. She graduated from the University of British Columbia in 1947, majoring in Bacteriology and Chemistry. She was employed as a Bacteriologist for two years at the B.C. Government labs. During the war years she spent the summer as "Rosie the Riveter", riveting mainframes for the B-17 airplane. She and her family lived in Toledo, OH, then Rochester, NY, and finally settled in Boston, where she worked as a Research Assistant at B.U. Medical Center. Her husband Ted's love of flying led her to complete her pilot's license. They also shared many years of travel around the world. She received her RN in later years. They both retired in 1990 and spent many happy weekends in Maine. She supported many volunteer activities in Weston and Wellesley, including the Linus Knitting Group, the Community League Clothing Group and the Tree Advisory Group.

Barbara's ashes will be interred in the Memorial Garden at St. Peter's Episcopal Church, Weston, MA.

Contributions in her memory can be made to the Barbara and Edward Kirkpatrick Scholarship Fund at Wentworth Institute of Technology, 550 Huntington Avenue, Boston, MA 02115-5998 or a charity of your choice