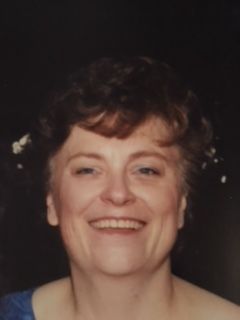 Barbara Louise Mazza, nee Urban, passed away peacefully on November 27, 2017 at the University of Massachusetts Memorial Hospital, surrounded by her loving family.

Barbara was born on September 4, 1936 to Willis R. "Vic" and Stephanie Urban in the Bronx, NY. She is survived by her sister Diane Urban (Smyrna, GA) and brother Bob Urban (Islip, NY).
A graduate of Great Neck (NY) High School, Barbara was a talented student, and played volleyball and basketball for the school. She attended Cornell University, from which she earned her Bachelor's degree and Master's degree. While at Cornell Barbara met her future husband Emmett Sutton, and within several years they resettled in Lincoln, MA, while raising two children, Stephanie Knott (London, UK) and Daniel Sutton (Rio Rancho, NM).

During the 1960's, Barbara supported many causes, including anti-war activism, voter registration, and serving the local chapter of the League of Women Voters. Her empathy, especially for those who were powerless, coupled with her insistence on justice, made her voice formidable. This tumultuous decade also saw Barbara's scandalous shift in allegiance from her childhood love, the New York Yankees, to the Boston Red Sox, as she fell in love with her new home.

After divorcing her first husband, Barbara's vivacity and warm spirit drew her to Ralph Mazza, a fellow New Yorker and graduate of Harvard Law. Married at the Wayside Inn in Sudbury in 1975, she and Ralph were inseparable and shared their lives with laughter and deep love until his passing in 2011.

Barbara treasured the cultural opportunities afforded to her by Boston and Cambridge. Her favorite places included Fenway Park, the Museum of Fine Arts, American Repertory Theater, and the Orson Welles Cinema.

In 1975 Barbara began teaching in the Medford (MA) Public Schools. Teaching became her life's mission, a natural combination of her interest in the world and her desire to help others. Barbara taught in the Medford School District for 27 years, designing and teaching a course entitled Human Relations that touched on life skills, sexual education, and personal affirmation – controversial for the time. She won several awards for her curriculum, and so great was her impact on her students that she continued to receive correspondence from them years after they had graduated.

In retirement she and Ralph traveled extensively, making an annual pilgrimage to the Shakespeare Festival in Stratford, ON. Numerous other adventures were had, including trips to Venice; Buda Pest, Edinburgh; Paris; Bruges; Prague; Las Vegas; London; Florida. She was always eager to explore the world and to hear the stories of those whom she met.

Barbara loved people, and was a tremendous and sympathetic listener, offering counsel and solace to her family, students, or to strangers in need. Earthy and yet dignified, she was a true humanist who relished the breadth of life's experiences, and pressed herself to always learn, always love, and most memorably, always laugh.

Family and friends will gather to honor and remember Barbara on Wednesday, Dec. 20 from 10:00 to 11:00 am followed by her funeral service at 11:00 am in the Concord Funeral Home, 74 Belknap St., Concord. Burial will follow at Mt. Pleasant Cemetery, Sudbury