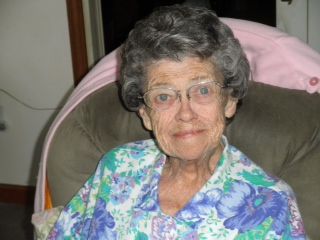 Barbara (Strong) Sundstrom, age 82 of Deerfield, NH, formerly of Concord, MA passed away on Wednesday, August 22, 2012, at home, with her loving family by her side. She was the wife of Raymond F. Sundstrom.

Born in Medford, MA on March 9, 1930, she was the daughter of the late Christopher F. and Catherine (MacLean) Strong.

Raised and educated in Arlington, MA, she graduated from Arlington High School.

Barbara and Ray were married on August 17, 1951, and settled in Concord in 1957 where she enjoyed raising their children together.

Mrs. Sundstrom worked for many years as a dedicated and proud tour guide of the Concord Antiquarian Museum, now known as The Concord Museum. She took great pride in Concord's rich history and enjoyed the visitors and tourists. She also worked as an administrative assistant and bookkeeper for several local Concord businesses, such as Mary Curtis, Inc., Middlesex Motors and Hogan Motors, and enjoyed working as a Concord election official in Precinct 2.

A devoted wife and mother, she was a Boy Scout and Girl Scout leader, as well as a frequent volunteer in the Concord schools and Concord-Carlisle High School. She was an active member of the Trinitarian Congregational Church in Concord, where she taught Sunday School and was involved in numerous church committees. She enjoyed spending time with her loving family, conducting and documenting her genealogical research of her families' ancestors, assembling wonderful photo albums, and doing many arts and crafts projects.

Throughout her life, she was actively involved in the International Order of the Rainbow for Girls. She was a member of Arlington Assembly in her youth, and was a recipient of The Grand Cross of Color. She not only acted as a Mother Advisor to many young girls in Concord Assembly No. 53 in the 1970s, but she also served for many years as Grand Deputy to other Massachusetts Assemblies, for which she was honored in 1985 with an Honorary Membership by Concord Assembly No. 53. She was also a past member of the Order of the Eastern Star.

From May through October each year, she loved to spend as much time as possible at their beloved lake home on Great East Lake in Acton, ME, where she loved to visit lifelong friends and neighbors, watch the hummingbirds hover at her feeders, and listen to the call of the loons. She made the lake home a place of joy and relaxation for her entire family, and loved to creatively play with her grandchildren there while teaching them about the nature and history of the lake.

In the 1990s, Barbara and Ray relocated to Deerfield, NH, where they designed and built their retirement home. Each fall, she enjoyed working at the Arts and Crafts Building at the annual Deerfield Fair, where she loved to chat with friends and visitors. She was also an election worker at the polls in Deerfield.

Along with her husband, survivors include her children Ross A. Sundstrom of Deerfield, NH, Beth Ozarowski and her husband Paul of Concord, and her grandchildren, Alan Ozarowski and his wife Katie of Portland, ME, Mark Ozarowski of Philadelphia, PA, and Elise Ozarowski of Concord. She also leaves her brother Alan F. Strong and his wife Prudence, of Greensboro, NC, and her niece Noelle Strong and her husband Mark Conklin, and their daughter Emma Strong Conklin, of Park City, UT.


Gifts in her name may be made to:
Concord Regional Visiting Nurse Hospice Services
30 Pillsbury St.
Concord, NH 03301.