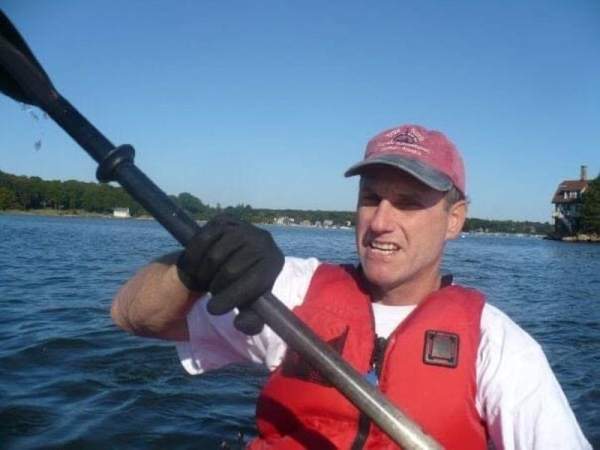 On December 3, 2020, Barry Stephen Harsip, 69, lost a brave and very painful battle with a terminal neurological disease. This tragic loss is exceptionally heartbreaking because of the number of lives he touched in such memorable and meaningful ways. His quick wit, unique sense of humor and generosity of spirit had an effortless way of bringing people together. Those who had the honor of knowing him would often say that they were better for having known him. As husband, father, brother, advocate, teammate, coach, mentor and friend he will be sorely missed.

Barry grew up in Newton, Massachusetts, where he excelled athletically. He attended Brandeis University where he earned his B.A. with a major in Economics and a minor in Elementary Education. While at Brandeis his ultimate love was the game of soccer, which he had discovered as a child at Camp Frank A. Day. He was a defender on the men's soccer team from 1969-1972 where he rose to become a talented and invaluable player, to later become co-captain his senior year and was awarded the Morris Sepintuck Sportsmanship Award. In October of 2019, he was proud and honored to have been inducted into the Brandeis University Athletic Hall of Fame.

After graduating from Brandeis, Barry received a Master's Degree in Education and Counseling from Boston State University and would go on to receive his Juris Doctor from Suffolk University Law School. He passed the Massachusetts bar in 1979 and was admitted to the Federal First Circuit Court of Appeals in 1980. Having begun his career as an associate in the law firm of White Inker, Aronson, Connely and Norton, he found his calling in family and matrimonial law. Barry was a member of the Massachusetts Bar Association, the Middlesex County Bar Association, The Middlesex Massachusetts Council of Family Mediation, and was a lecturer for Massachusetts Continuing Legal Education. His professional associations included membership in the American Academy of Matrimonial Lawyers, where he was a fellow; the Massachusetts Family of Probate American Inn of Court; and the International Academy of Collaborative Professionals. He also served as an attorney for the A.R.C. Program (Attorneys Representing Children). His peers, the court, his clients, and even opposing counsel recognized and respected him for his brilliant mind, his knowledge of the law and most significantly his keen grasp of humanity. In an area of law where one is often dealing with people at their lowest and most vulnerable, he was known for resolving difficult and contentious situations with calmness and fairness. His ability to empathize with and understand the complexities of human relationships, along with his sense of values and ethics elevated his stature in the eyes of the Court.

Outside of his career, Barry was a great lover of travel and the outdoors. Some of his favorite adventures included a trip to Alaska with his brother and best friend, a Russian river cruise from St. Petersburg to Moscow with his family, and vacation trips to Hawaii and St. Lucia with his wife. Barry visited Europe and the UK a number of times, and one of his most recent challenges was hiking Cinque Terre in Italy. A true highlight of Barry's life was his last trip to Israel and Jordan with his wife, Lisa. He would often say that it was a life-changing experience that helped him embrace his Judaism in a more complete and beautiful way. A constant in Barry's life was his commitment to staying active, which he was sure to do during all of these trips. Whether it was long walks around the river boat in Russia (which disappointingly did not have a fitness center) or hiking and biking volcanoes in Hawaii, a vacation was not complete without a way to stay active. As he put it, exercise was his therapy. At home, Barry was an avid mountain biker, kayaker, and cross country skier, rarely going a day without participating in one of those three activities.

Barry's commitment to athletics and activity, as well as his devotion to helping others, manifested itself in volunteering in community youth sports. It began with coaching his daughter's youth softball team, and grew from there. Where decades ago he saw a need for more opportunities for girls to participate in basketball, Barry founded the Acton-Boxborough Community Education girls' basketball league. This was one of his greatest achievements, and something he was extremely proud of. Barry organized teams and coached for many years. Long after his own children aged out of the school system, he coached girls' volleyball for the town's Community Education program. He often had the joy of watching the young players he taught grow in the sport and find success in their high school team careers. Barry loved organizing Boxborough's annual Minuteman Fifer's Day volleyball tournament, where he was well-known and adored by all.

A gathering and celebration of Barry's life will be held in the spring.

In lieu of flowers Barry requested donations made either to Southern Poverty Law Center (www.splcenter.org) or the United States Holocaust Memorial Museum (www.ushmm.org).