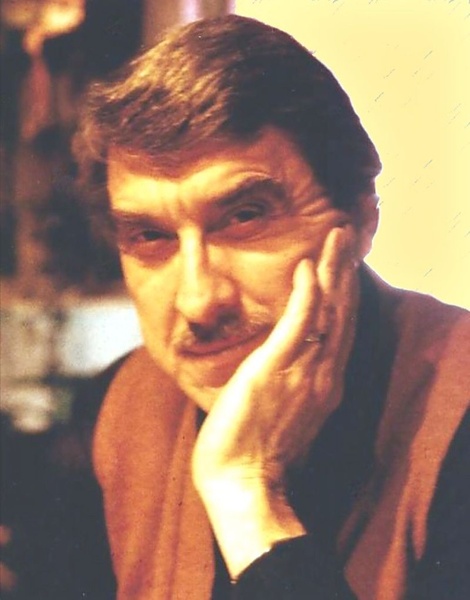 Benjamin R. Stahl of Hudson and Teaticket, Massachusetts, formerly of Sudbury, MA, died at home, January 5, 2020, surrounded by family. Ben's death released him from grieving that of his lifelong partner, Shirley Dell Stahl, who died December 23, 2019.
Born December 10, 1927, in Delmar, Maryland on his grandfather's farm, to Howard Trapp and Pauline Robinson Stahl, Ben grew up in Allentown, PA. The bevy of doting aunts who helped to raise him instilled in Ben a courtliness, gentle manner and respect for women. School friends knew him as a serious student with flashes of humor and musical gifts.

His college friend Ed Dell introduced his sister Shirley to Benjamin, who became her lifelong love. Shirley and Ben were married on October 19, 1950.
A man who loved solving puzzles (and creating them), Ben began his career as a software engineer, just as that profession was emerging. He worked on M.I.T.'s Whirlwind project, helping to bring the first mainframe computer into existence. An early airline reservation system was also part of his contributions to modern technology. His many programming projects took him, and sometimes the rest of the family, to destinations around the country, and, later, to Europe, South Africa, and New Zealand. For many years, Ben taught evening courses at Northeastern University in programming languages and database design.

Although a frugal man, Ben did enjoy owning and driving nice cars. In the 1960s he had Triumph sports cars—TR2 and TR4a. With the top down, the kids would squeeze into the tiny space behind the seats. By the 1980s and beyond, he upgraded to considerably more comfortable conveyances: Mercedes and Lexus. His love of cars extended to road maps and atlases. Anyone heading to a new destination would need to pause before getting behind the wheel while Ben sketched a map on a paper napkin. Ben was an excellent companion on extended road trips, always packing delicious picnics and supplying good conversation and reflection time in equal measure.

In 1961, the family moved from Lexington to the house they built in Sudbury, where all four children grew up and where Ben and Shirley lived for 46 years. They took pleasure in creating lovely, welcoming homes. In the early years of their marriage Ben made many of the cabinets as well as built-ins and bunk beds for the kids' bedrooms. Some of these early pieces still furnish their homes. For Christmas, Ben made delicate mobiles, hanging decorations, an easel for budding artists and bookcases for young readers.

Shirley and Ben retired from work in the same month in 1992 and embarked on many adventures over the next 25 years. They enjoyed global travels, especially to the Southern Hemisphere, where Ben introduced Shirley to landscapes and cultures he had fallen in love with years before. They enjoyed many winter vacations in Barbados. In 1994, they bought a second home in Falmouth, allowing Ben some of his favorite pastimes—soaking up the sun and frolicking in the surf. In 2007, Shirley and Ben left their Sudbury home and moved to the Sauta Farm community, also known as "Hudbury," in Hudson. There they reconnected with other Sudbury couples and made new neighborhood friends. Ben delighted in having a beautiful home in a rural setting without the burdens of raking leaves and shoveling snow.

On the surface, Ben's primary approach to life appeared to be intellectual and analytical. Those privileged to spend extended time with Ben learned that beneath his quiet, almost stoic exterior lay a deep faith peppered with flashes of boyish glee and playfulness. A perfect illustration: among his study notes, written in beautiful, disciplined penmanship appeared cartoon sketches and word play about classmates.

After growing up in the Nazarene faith, Ben discovered the Episcopal Church. The rich liturgical and musical traditions spoke to his heart. The encouragement to ask questions and to marry reason with faith gave Ben's searching mind a spacious framework for his spiritual journey. Ben lived his faith in many ways, including serving on rector search committees and church vestries, singing in the choir, and administering the chalice at the altar rail during Communion. With his wife, he served as a parish consultant, serving many parishes in the Episcopal Diocese of Massachusetts. His was a valued presence in the Men's Prayer Group at St. Anne's-in-the-Fields, in Lincoln, where he and Shirley were faithful and beloved members of the parish for more than 40 years.
Ben's commitment to putting others first was remarkable. His family, friends and coworkers all benefited from Ben's patience, loyalty, strong ethics and devotion.

Ben is survived by Lise Stahl (Christopher) Brown of Concord, Erich Stahl (Rene Stawicki) of Jamestown, RI, Johanna Gretchen Stahl (Charles) Hughes of Huntington Beach, California, Heidi Stahl of Falmouth, and grandson, Matthew Brown of Concord, as well as many nieces, nephews, and grand-nieces and nephews. He is also survived by his brother Richard Stahl and was predeceased by brother Ralph Donald Stahl.

In lieu of flowers, donations may be made to:
St. Anne's in-the-Fields
P.O. Box 6
Lincoln, MA 01773
or
The Salvation Army
www.givesalvationarmyusa.org.