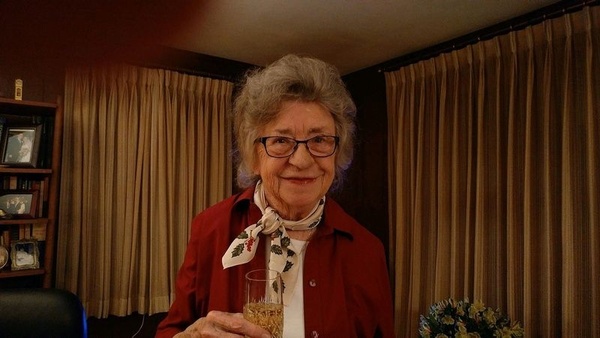 Betsy Orr Anderson, age 83 and longtime Concord resident, passed away peacefully at home on Monday, December 13. For more than 50 years she was the loving wife of Grant Spencer Anderson. Born in Robbinsville, NC, on October 31, 1938 she was the daughter of the late Tillman J. and the late Mabel Chappel Orr.

Betsy graduated from Robbinsville High School in 1966, at the top of her class, and later from East Carolina College, Greenville, NC, majoring in elementary music education and piano performance.

After graduation, she moved to Annapolis, MD, where she taught classroom music for some ten years in the West Annapolis Elementary Schools. While there, she was invited to a blind-date dinner at the home of a fellow teacher, whose husband happened to teach physics at the Naval Academy with Grant Anderson, then a Lieutenant in the Navy. They were brought together because of their love and performance of music. On Betsy and Grant's second date they got engaged and were married in the Naval Academy Chapel only three months later.

For the next two years, they performed on harpsichord and recorder with the founding chapter of the Viola da Gamba Society of America, along with George Glenn, founder of that Society. When Grant's active duty with the Navy was up, they moved to Concord, MA, and Betsy taught at several elementary schools in Weston. At the same time they both joined the Concord Orchestra (piano and clarinet).

In addition to her husband now of 50 years, Betsy is survived by the blues guitarist Edgar Lane (her son from a previous association), Edgar's three children: Aaron (a jazz guitarist, trumpeter, and keyboard player), Derek (a jazz keyboard player and stand-up bass player), and Sydney (about to graduate from the University of North Carolina at Asheville, NC). She is also survived by her brothers Mac Orr and Buddy Orr as well as several nieces, nephews and cousins.

Betsy and Grant kept close contact (phone and visits) with the Lane family as it grew. And Betsy did the same with many of her past students as they scattered around the country.

Family and friends will gather to honor and remember Betsy for calling hours on Friday, January 14, 2022 from 3:00-5:00 pm at the Concord Funeral Home, 74 Belknap St., Concord, MA (face coverings required). Her funeral service will be held on Saturday, January 15, 2022 at 11:00 am at the Trinitarian Congregational Church, 54 Walden St., Concord (face coverings required) Burial will follow at Sleepy Hollow Cemetery.