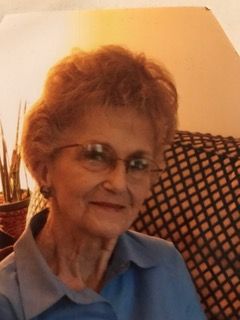 Born in Staunton, VA on May 4, 1933, she was the daughter of the late William Lester and Pearl (Sutton) Lee. Raised and educated in Richmond, Betty graduated from Glen Allen High School. She was married to the late Howard Bowles.

So she could be closer to her family, in 1995, Betty moved to Wayne, PA where she remained for 17 years. She then relocated to Concord and, finally, Boston.

Family was the center of Betty's life. She loved and adored her children, grandchildren and extended family. Some of Betty's favorite pastimes included singing, cooking and crocheting. She will be remembered with special fondness for her love of animals, as she spent many happy days doting on and spoiling her precious dogs.

Betty will be deeply missed by her loving and devoted daughters, Kimberly B. Jessee (James) of Boston and Shelley L. Boyce (Daniel) of Villanova, PA. She was the proud and adoring grandmother of Megan, Ryan, Katie and Nick Jessee, Meredith Russell (Devin), as well as, Keri, Carla and Kelly Ann Boyce. In addition, Betty leaves behind her great-grandson William Russell, along with many nieces and nephews. She is also survived by her sister, Linda Kcraget, and is preceded in death by her brother James Lee and sister Patricia Martin.