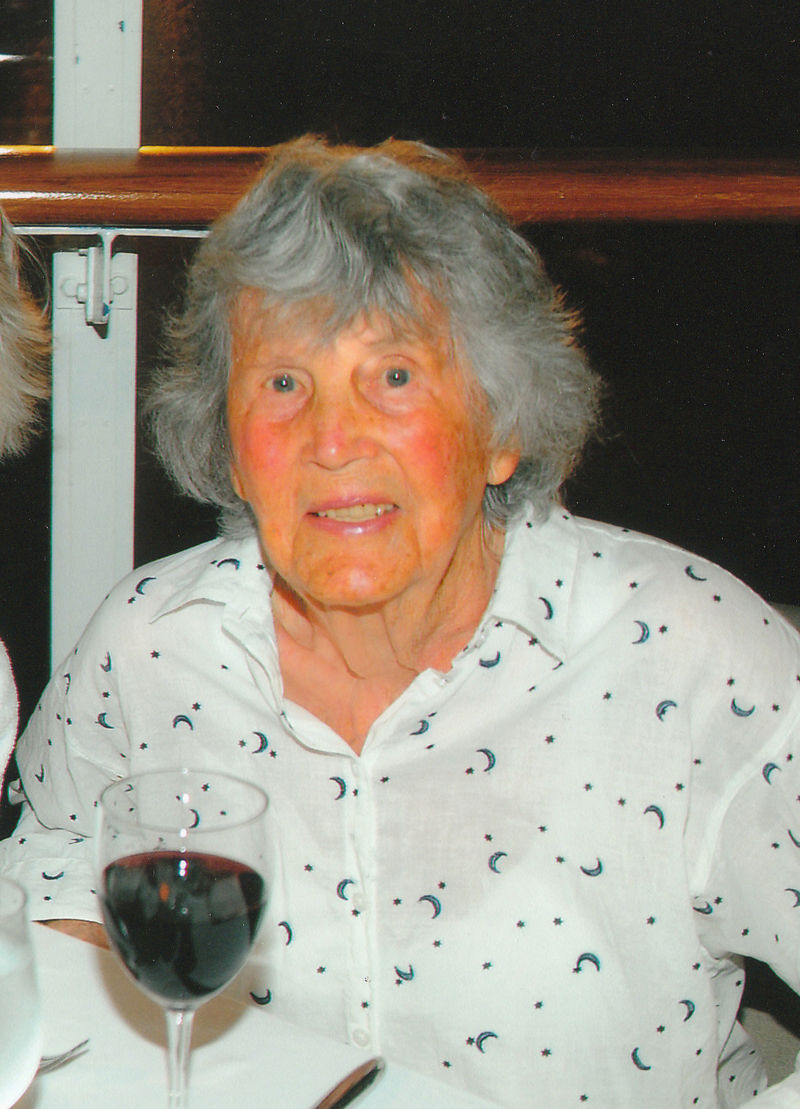 Beverley S. Brinkerhoff, age 90 of Arlington, and formerly and proudly of the Colorado Rockies, passed away peacefully at her home in Arlington on
March 10, 2018.

She was the daughter of the late Clyde and Harriet Sargent, and was the loving wife for 62 years of the late Joris Brinkerhoff who passed away in December of 2012. Beverley was the cherished mother of Garret Brinkerhoff of Cambridge, Helen Langone of Newton, and Peter Brinkerhoff of Arlington and adored Grandmother of John and Michael Langone, and Louise Brinkerhoff. She also leaves her former daughter in-law Anne Brinkerhoff.

Beverley grew up in Denver, CO, and worked on her family's dude ranch in Grand Lake, CO, taking guests on horseback rides through the stunning Rocky Mountain terrain. She was an enthusiastic back country skier, mountain climber and swimmer. She moved to Massachusetts, and worked in a chemistry lab where she met her future husband Joris. They lived in Arlington for 60 plus years; she has been a member of The League of Women Voters, the Arlington Democratic committee, the Arlington Compost Committee, the Middlesex Canal Committee, and the Winchester Boat Club. She worked at Stone and Webster on the editorial staff for several years. She was an avid volunteer, from the Mount Auburn coffee shop, to Treasurer and actively involved parent at the Buckingham School, and she delivered books and friendship to the homebound for Robbins Library for 24 years. She was a member of the Lexington Quilt Group, and after making stunning quilts for family and friends, called herself an "almost quilter". She was a lover of animals, and her home has always been blessed with cats, dogs, guinea pigs, and hamsters over the years. Beverley was a true and loyal friend to all she met.

Family and friends will gather to honor and celebrate Beverley's life on Friday, March 23rd at 10:30am at St. John's Episcopal Church, 74 Pleasant Street, Arlington, MA. 02476