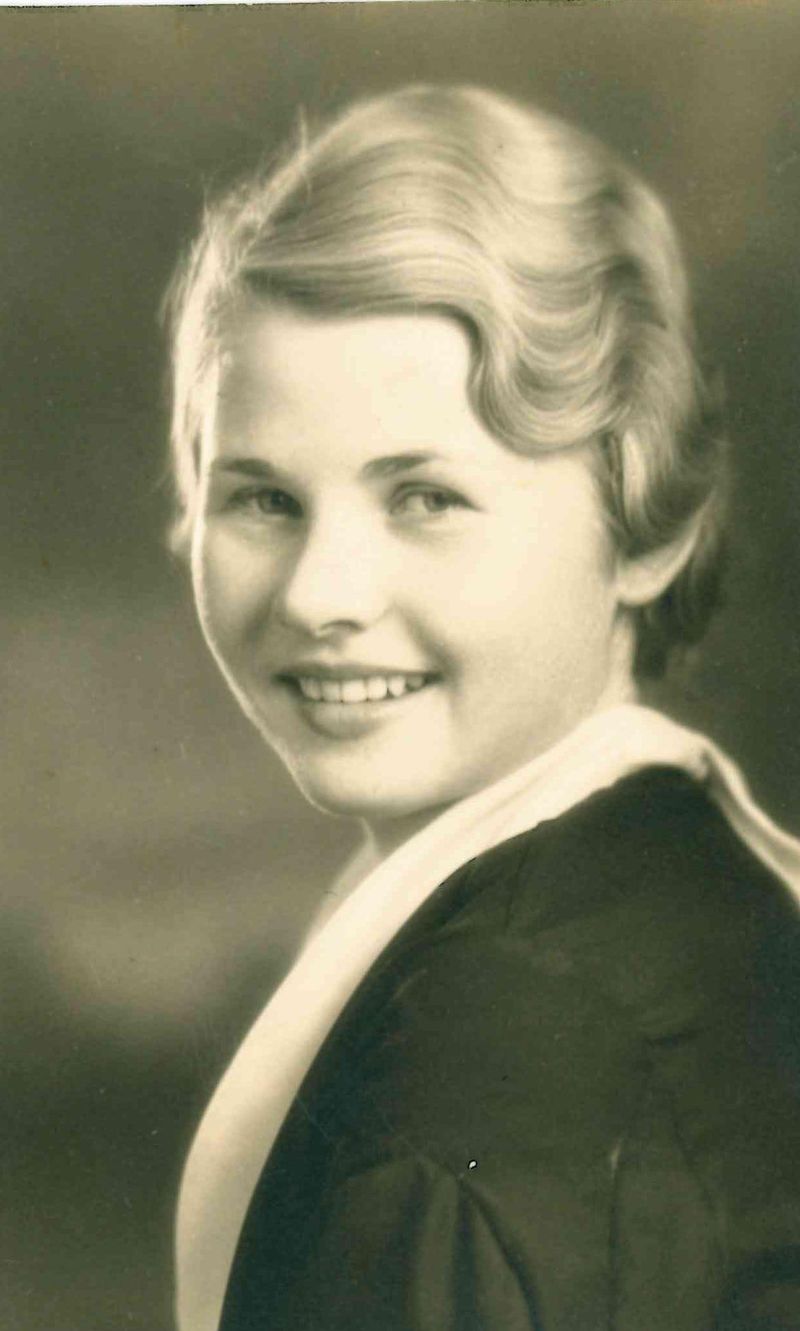 Carmen P. Hennings died peacefully in Carleton-Willard Nursing Center on March 1, 2013 at the age of 99.

Carmen was born on December 1, 1913, in the small town of Parkers Prairie, Minnesota, the oldest of five children of Kathryn H. and Dr. Herman A. Proehl.

Her rich family history traces to Pilgrim days and the American Revolutionary War with ancestors who signed the Mayflower Compact and the Declaration of Independence. Carmen developed into a talented artist and writer in college, but chose the traditional career of teaching, which was a more acceptable profession for women at that time.

She graduated from the University of Minnesota with a bachelor's degree in English literature and Education in 1936. Carmen accepted her first teaching post during the Great Depression, teaching 31 students of various ages in a one-room schoolhouse in rural Minnesota for $35/month, and included doing her own janitorial work. It was at the University of Minnesota that she met her beloved husband Arthur G. Hennings from Red Lake Falls, Minnesota. They married as World War II began and as many brides-to-be did, she saved sugar ration coupons for her wedding cake. During the war years while Arthur served stateside in the Army Air Force, they lived in military housing. Carmen volunteered serving coffee and sandwiches to bomber crews in training. She and Arthur had four children, Kathryn, twins Mary and Elizabeth, and Stephen. The Hennings family lived in Minneapolis, Minnesota; Grand Rapids, Michigan; Galveston, Texas; and Pittsburgh, Pennsylvania as Arthur's career in hospital administration advanced.

Carmen was a dedicated homemaker and mother. Concurrently, she was a committed civic volunteer, serving in leadership capacities in parent teacher organizations, a statewide Girl Scout board, a hospital auxiliary and other charities such as the March of Dimes. She occasionally wrote human-interest stories for local newspapers in the cities in which she lived. Carmen's professional career as a public school educator spanned decades and included years as an elementary school teacher as well as a reading consultant in the North Hills School District in Pittsburgh, Pennsylvania.

She held a master's degree in Education from the University of Pittsburgh and was trained by the Gesell Institute of Child Development. She specialized in reading and learning disability assessment and teaching special needs and gifted children.

Upon her retirement as an educator Carmen joined her husband Arthur overseas, who was developing three hospitals and a clinic system for the Saudi Arabian government. Carmen and Arthur lived in Jeddah, Saudi Arabia for five years and traveled extensively throughout Europe, Africa and the Middle East. After Arthur's death she returned to live in Pittsburgh and enjoyed her family including five beloved grandchildren.

She followed Steelers football, but was an avid Penguins hockey fan and watched any televised game featuring her team. She also had a lifelong passion for collecting and raising orchids and always had at least one plant in full, prodigious bloom. She took several awards at the annual Orchid Society of Western Pennsylvania competition. Carmen enjoyed cooking, gardening and antiquing. Every year until age 89, she drove herself to her vacation home on Lake Miltona, Minnesota to spend peaceful summers and autumns. As independent living became more difficult she relocated to Concord, Massachusetts to be closer to her daughter Mary. Always a history buff, she enjoyed taking in the sites of colonial Boston and New England with her family. When Carmen was no longer able to live independently she moved into the Carleton-Willard Nursing Center in 2010.

Throughout her life, Carmen remained steadfast to her values and beliefs, placing great importance on family, community and church, showing a deep inner resolve that can only come from being a part of the "Greatest Generation" of all.

She will be deeply missed by her family. She is survived by her four children, five grandchildren, and sister Marcene M. Pederson of Benson, Minnesota as well as by eleven nieces and nephews and their families.

A memorial service celebrating Carmen's life will be held on Saturday, April 13 at 4 p.m. at Trinitarian Congregational Church in Concord, Massachusetts. The Rev. Dr. John C. Lombard of Trinitarian Congregational Church will lead the service with the help of the Rev. Christopher Wendell of St. Paul's Episcopal Church in Bedford, Massachusetts. Interment will be late summer in Parkers Prairie, Minnesota.