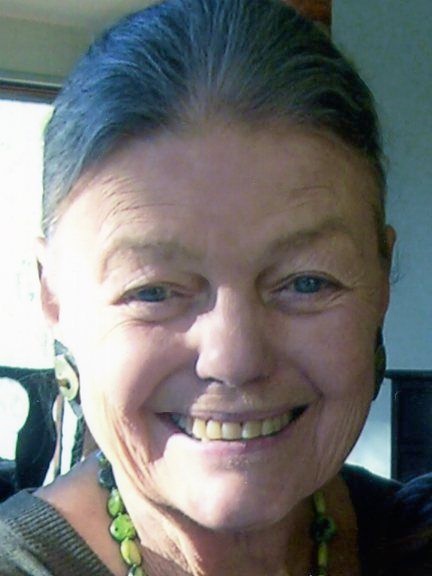 Carol Ryser, of Concord, a psychologist and pyschotherapist who in 1976 co-founded Affiliates for Adult Development (AAD), a counseling agency in Bedford, died at home early Tuesday morning, January 17th, after a long illness. She was surrounded by her husband and four children.

Born Carol Leigh Pierson on May 1st, 1932 in South Orange, NJ, she attended Smith College, The Juilliard School, Boston University, and Harvard University, where she earned a Ph.D. in Sociology in 1967.

Her longtime love of dance led her Smith College mentor Martha Myers to encourage her to audition for the second entering class of the new dance program at the Juilliard School, where she had classes with Martha Graham, Merce Cunningham, and Robert Cohan, among others. After leaving Juilliard, she returned to Smith College, and then Boston University, where she earned Bachelor's and Master's degrees in sociology. Her mentor at Boston University, Sol Levine, encouraged her to attend Harvard University, where she completed a dissertation on cultural differences between psychiatric theories in the United States and France. While studying at Harvard, she also completed an internship at the Massachusetts Mental Health Center, under the direction of Elvin Semrad.

While at Harvard she married Hugues J.P. Ryser, a Swiss cell biologist and M.D. then affiliated with MGH, with whom she had three children, Marc Ryser, of Concord, Jeannine Ryser, of Lac-Supérieur, Québec, and Eve Ryser, of Napa, California.

In the early years of her career she held various research and teaching positions at Harvard University, and was a member of the Founding Mothers Seminar at Wellesley College. In 1976 she started Affiliates for Adult Development with the psychologist Natalie Goodman, shortly thereafter becoming licensed as a psychologist. AAD was the focus of her professional life for thirty five years, but she was also active in many political causes, advocating for implementation of Title IX of the Education Amendments in the Concord Public Schools, directing a conference on Women in Sports, and co-founding the Louisa May Alcott Women's Society (LAWS), which advocated successfully for the inclusion of prominent women in the Patriot's Day Bicentennial Celebrations in Concord in 1975. She remained active in progressive and women's causes to the end of her life.

In the 1990's she was drawn back into modern dance. She performed for several years as a member of the Back Porch Dance Company, a cross-generational women's dance ensemble, and took classes at the newly formed festival, Summer Stages Dance at Concord Academy. A gifted athlete, she was an avid swimmer, tennis player, skier, golfer, and yoga student.

She is survived by her husband Hugues, their three children, Marc, Jeannine and Eve, her son, F. Warren Mears, of Maynard, her sons-in-law, Michel Coutu and David Prouty, and four grandchildren.

A public celebratory gathering will be held at a later date.

GIFTS IN HER NAME MAY BE MADE TO:
Summer Stages Dance at Concord Academy
166 Main Street
Concord, MA 01742
www.summerstagesdance.org