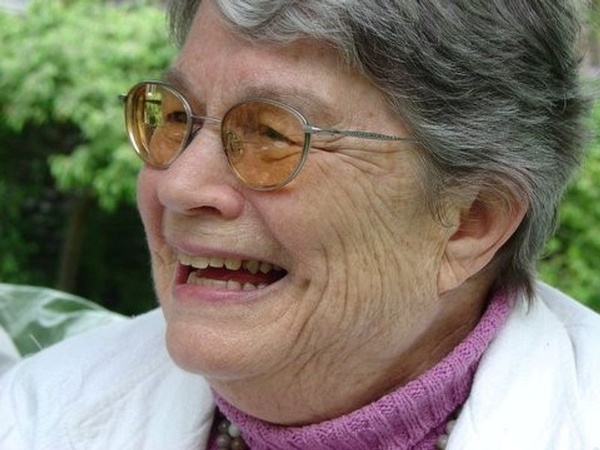 Catherine "Kitty" (Goodell) McGraw, age 92, of Concord, passed away peacefully on Friday, May 28, 2021. She was the beloved wife of the late Michael B McGraw. Loving mother of Marcia Bench of Waco TX, Michael G McGraw of Chelmsford and James McGraw and wife Ruth of Bristol, RI. Beloved grandmother to Ophelia McGraw of Brookline, Katherine Tracy and husband James of Blackstone, Peter McGraw of Fenton, MO and Theresa McGraw of Haverhill.

Catherine 'Kitty' McGraw grew up in Baltimore and then attended Wilson College. It was at Wilson that she discovered her affinity and voice for progressive causes. As an early advocate for civil rights, she invited Black men from nearby Howard University to attend their Easter week celebration and services with them at Wilson (for which she endured the local controversy as a badge of honor). She and her husband Mike started their family in the 1950's and moved around the country in support of his career. Kitty and Mike settled for a time in Boxford, MA where she became involved in the League of Woman Voters and was a Democratic State Committee member. She was active in the early careers of Ted Kennedy and Mike Dukakis. During the mid-sixties, while living in Arizona, she shifted her focus from 'saving the world' to helping individuals. She returned to school and completed her Masters Of Social Work. When finally settling into Concord Ma for the long haul, she reentered the work force as a psychiatric social worker at a clinic in Lexington. Here, she truly found her calling and life's passion in a community health care setting. She continued working until retiring at the age of 70. Kitty was also a long-time choir member at Trinity Episcopal Church in Concord. Kitty and Mike loved traveling, around the world especially to Italy with her college friends and spouses. And finally, she thoroughly enjoyed being a grandmother to her wonderful grandchildren.

Her true legacy should be in her passionate belief in the basic respectful and equitable treatment of all human beings. Every person deserves an equal chance at decent life, free of prejudice and bigotry. She carried this passion everywhere she went in her daily interactions and everyday life.

In lieu of flowers, donations may be made to: