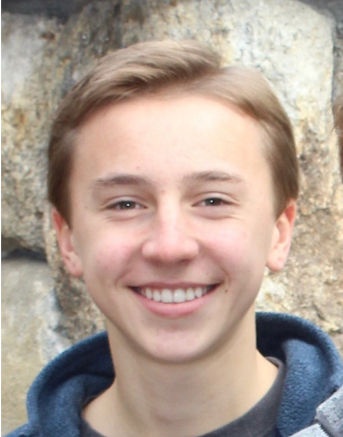 Chase Christian Bjork, age 18, of Concord, MA passed away on Thursday, January 30th, 2020. He was born at Emerson Hospital in Concord, MA on August 21, 2001. Chase lived in Concord and became a vibrant member of the community, attending the Concord public school system and later the Waldorf High School of Massachusetts Bay in Belmont.

Chase was well-known and loved by many. He had a personal mission of spreading happiness and love to those around him. From a young age, he took on the role as a giver and was constantly attentive to the needs of others. Upon graduation from Concord Middle School, Chase was awarded the Amy Osgood Upstander Award celebrating the one student that most exhibited empathy, humor, positive energy, and a genuine desire to reach out to all to build a strong, caring school community. He touched many and left a meaningful impact on his peers and others in the community.

Chase extended his love to people in need. When he was 13 years old, he joined the non-profit organization School the World to help build a school in Guatemala. He undertook the local, door-to-door fundraising campaign in town. His persistent efforts proved fruitful… despite being the youngest participant, he raised the most funds for this charitable effort. For the next two years, he recruited friends to the program, continued to raise funds, and travelled to the region to build schools.

He was an empathetic soul who supported others with ease. He was always available to his friends, family and community. He had an intense love for animals and adopted a rabbit (Simba) and dog (Dakota) into the Bjork family for which he became the primary caregiver.

Chase loved the outdoors. He regularly ran, hiked, swam, snow skied, water skied, camped and biked. He developed a love for skiing with his family at Mad River Glen in VT and in Jackson Hole, WY. Chase loved to take Dakota on the trails in Concord, nicknaming his favorite area 'the magic forest' behind his home.

Chase was a creative spirit and became an accomplished photographer (see his web site: bjorkphoto.com), an excellent cook, artist, gardener, potter and, most recently, a crocheter. His creativity was often shared in the form of gifts to those he loved and wanted to help.

Chase had become a deeply spiritual young man. In recent years, he studied and became an authority on chakras, astrology, meditation and mindfulness. He paid close attention to his well-being through a focus on healthy eating and regular exercise.

Over the last two years, Chase suffered from the onset of mental illness, which developed slowly and was not clearly diagnosed until recently. He worked very hard to combat this disease himself naturally by focusing even more on exercise, health, meditation and mindfulness, but it tragically impacted many aspects of his beautiful life. He struggled bravely though this time. Finally, in early January after formal diagnosis and treatment, his battle shortly came to an end when he took his own life to, in his words, save his soul and those whom he loved.

Chase is survived by his mother Christal, his father David, brothers Bryce and Lars, his grandparents Hannelore Munson, Karl and Jan Bjork, and many cousins, aunts, uncles and close friends.

A funeral service will be held on Saturday, February 8, 2020 at 11:00am at the Trinitarian Congregational Church at 54 Walden Street Concord, Massachusetts. A reception will immediately follow at Concord Carlisle High School.

In lieu of flowers and gifts, the family has requested contributions be directed to the Chase Bjork Foundation, a non-profit dedicated to supporting those affected by mental illness. Donations can be submitted online at chasebjork.org/donate.