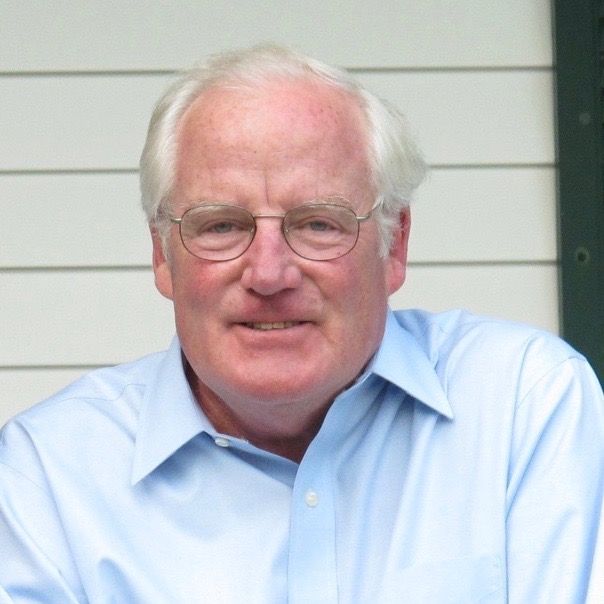 Born in New York, NY on December 17, 1947 he was the son of the late Daniel L. Larson, Sr. and Nancy Wadsworth Larson and grandson of Eliot Wadsworth and Nancy Whitman Wadsworth.

Dan was raised in New York, New York and graduated from St. Mark's School in 1966. He was a devoted alumnus of St. Mark's School and proudly served on the Board of Trustees. He joined the United States Navy and served his country during the Vietnam War as a naval Public Affairs Officer on the Bon Homme Richard, an aircraft carrier. He graduated from Harvard University in 1970 and received an MBA from Harvard University in 1975. Dan was a member of the Hasty Pudding Club and Porcellian Club at Harvard and served as co-producer of the Hasty Pudding Theatricals.

Dan was the owner of Larsdale, Inc and worked at Smith Barney, Lonsdale and Nucon Capital Group prior to Larsdale. He was a devoted community member of Northeast Harbor, Maine and cherished going on family picnics on his boat "Just Enough" to the surrounding islands. Dan served as an officer of the Northeast Harbor Tennis and Pool Club for many years and was a member of the Pot and Kettle Club. He was also a tireless fundraiser for Brantwood Camp in New Hampshire and St Mary's-By-The-Sea Church in Northeast Harbor, ME. Dan loved spending time with his children and grandchildren and completed the NY Times crossword puzzle every day of the week, including Sunday. He will be remembered for his generosity, keen intellect and wry wit.

He is survived by his daughters, Alexandra Ruhmann and husband Sean of Concord, MA, Charlotte Larson and husband Jason Graf of Portland, OR and Anna Thomas and husband David of San Francisco, CA, his grandchildren, Finnian, Abigail, Benjamin and Samuel, brother Eliot Larson, of PA, sisters Eleanor Larson of Greenwich, CT and Nancy Schoyer of Denver, CO and wife Laura Hobson Larson of Ipswich, MA and stepdaughter Jessica Elder of VA.

Family and friends are welcome to gather in remembrance of Dan on Saturday, July 9, 2016 at 11:00 am at St. Mary's-By-The-Sea, 20 S. Shore Road, Northeast Harbor, ME. Interment was private at Mt. Auburn Cemetery, Cambridge.


Donations in his memory may be made to:
Brantwood Camp
P.O. Box 3350
Peterborough, NH 03458
www.brantwood.org