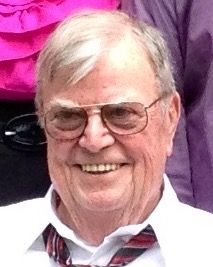 David Ross Loring, 82, a life-long resident of Concord, passed away Wednesday, March 16, 2016 in Emerson Hospital. He was the husband of the late Alice Marion (Pederson) Loring, who died in 2012.

David was born in Concord on September 25, 1933, the son of the late Howard Goodwin and Mary Frances (Lehane) Loring. He attended Concord Public Schools and graduated from Concord High School in 1952.

After school he worked until joining the U.S. Air Force in 1953 where he served during the Korean Conflict as a munitions specialist.
When he met Alice Pederson in 1958, he knew she was the one he was going to marry and after a short time they married and continued family tradition, settling in Concord where they raised their three daughters and shared 53 happy years together

He joined General Radio in Bolton where he worked as a shipper and receiver and remained there until his retirement in 1982. After retirement he enjoyed working as a delivery driver for various local businesses.

David was a life-long Boston Red Sox fan and devoted New England Patriots fan. He was a long time member of the Concord Lodge of Elks, B.P.O.E. #1479 until it closed and he moved membership to the Maynard Lodge of Elks #1568. He most enjoyed spending time with his daughters.

Family and friends are invited to visiting hours for David on Sunday, March 20, 2015 from 2 to 5 in the Concord Funeral Home, 74 Belknap St., Concord.
An Elks Memorial Service will be offered at 4:30 p.m.