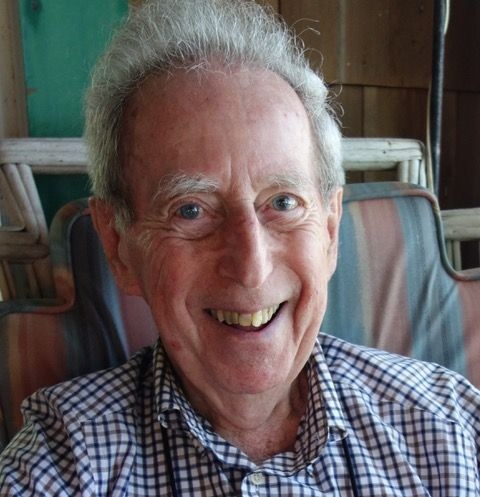 Dave Bray Porter known as "the man who brought Bluebirds back to Concord" passed away peacefully at home on July 18, 2019 at the age of 92. Born to Arthur and Madeleine and later step mother Adelaide. Dave is pre-deceased by his wife Phyllis "Sandy" of 55 years.

Raised in Salem MA and summered in Alton Bay NH, he loved the outdoors. An Eagle Scout, Dave enjoyed exploring, tinkering with hobbies, and building model airplanes. He attended Stony Brook School and Tufts University where he graduated in 1947 with a BS in Mechanical Engineering and received his commission in the U.S. Naval Reserve and spent 2 years in active duty at the Special Devices Center in Sands Point, Long Island during the Korean War. Dave attended Harvard Business School with an MBA under the ROTC in 1951. Dave actively continued in both Tufts and HBS alumni leadership roles.

Dave's career included roles with Factory Mutual, CBS-Hytron, and Millipore Corporation. Dave and his business partner bought Gothic House, Inc. in 1973. As a manufacturer of pharmaceutical labels and medical packaging materials, they grew the business to include operations in the U.S., Puerto Rico, and the Republic of Ireland.

Dave and his wife Sandy married in April of 1959 and shared a love of dance, the outdoors, travel, and building community for 55 years. Dave was a passionate and truly beautiful skier until the age of 85, tennis player, golfer, sailor, and an avid fan of the Patriots and Red Sox. They bought the first condominium built in Waterville Valley NH in 1967 and passed on the love of skiing to their children Sue and John and surrounded by a wonderful group of friends.

Dave was very active in his retirement years; Concord Country Club where he and Sandy co-chaired the club's Centennial Celebration, gardening, travel around the globe, volunteering at Emerson Hospital where he won The Outstanding Volunteer Award for 15 years and 2,900 hours of service in 2015. Dave's proudest achievement has been bringing the blue birds back to Concord. Starting in 1995 he built a box in the backyard, progressing to over 55 homebuilt boxes that he maintained across the town of Concord. Dave built both a community of bluebirds, and bluebird lovers.

Most of all Dave was known to all as a friendly, kind, thoughtful, loyal, caring, detailed and principled man. He could tell in detail a story, a joke, a memory, or a "how to guide" on just about anything. He loved his life, was grateful for his family and friends, and hoped he left us as an example of a life well led.

Dave is survived by his daughter Susan P. Williamson, son-in-law Todd G. Williamson of Wellesley and grandchildren (who called him Simba) John A. Williamson and Sarah A. Williamson, and son John H. Porter of Bailey CO; Porter and Dole nieces and nephews and grand dogs Lola, Holley, and Duke.