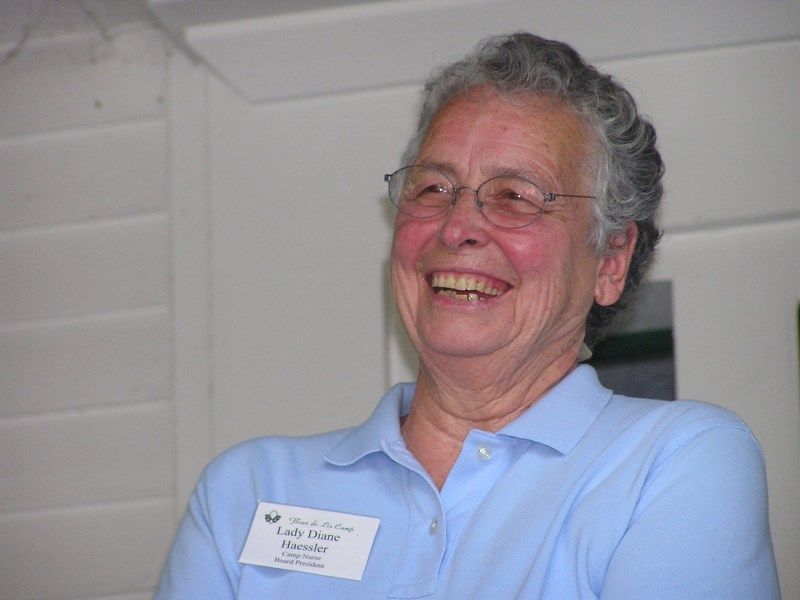 Diane (Fiske) Haessler age 81 of Lincoln, passed away on Wednesday, September 29, 2010, at her home surrounded by her loving family, following a brave and dignified battle with pancreatic cancer. She was the wife of Herbert A. Haessler MD.

Born on January 7, 1929 in Hartford, CT she was the daughter of Milton T. and Tamar Emley Fiske.

After graduation, she worked as a public health nurse in New York City, and then became the director of the pediatric nursing education program at the Massachusetts General Hospital. No matter which side of the bed she was on, her lifelong passion for “The General” endured. As a nurse and teacher, she instilled in her students the importance of compassionate, competent care for the entire family. As a patient, she entertained many of the nurses with her stories of the “old” MGH and of how she met her husband there, a resident physician. She was one of the first Pediatric Nurse Practitioners in the state of Massachusetts and worked for many years at General Medical Associates in Weston prior to her retirement. She married and settled in Lincoln where she and her husband raised their family.

A long time member of St. Anne’s in-the-Fields church, she served as a Sunday school teacher, youth group leader and vestry member. She traveled extensively with Faith Medical Missions dispensing health care in many impoverished areas around the world, especially Thailand, Cambodia, Romania, and several countries in South America. She spent over 35 summers as the camp nurse at Fleur de Lis Camp in Fitzwilliam NH as well as serving as the President of the Board there for two decades. Although her official duties at FdL were as nurse, her real joy of being there came with the relationships she formed. She relished her role as friend, mentor, teacher and mother/grandmother figure. Many girls would make the long walk up the camp road just to get a hug from “Lady Nurse”. The joy she got from her many years there was obvious. She was an active member of the Board of Health in Lincoln and served on the board of Farrington Memorial in Lincoln. She also enjoyed gardening, reading, sewing, knitting and spending time at the family beach cottage in Manomet.