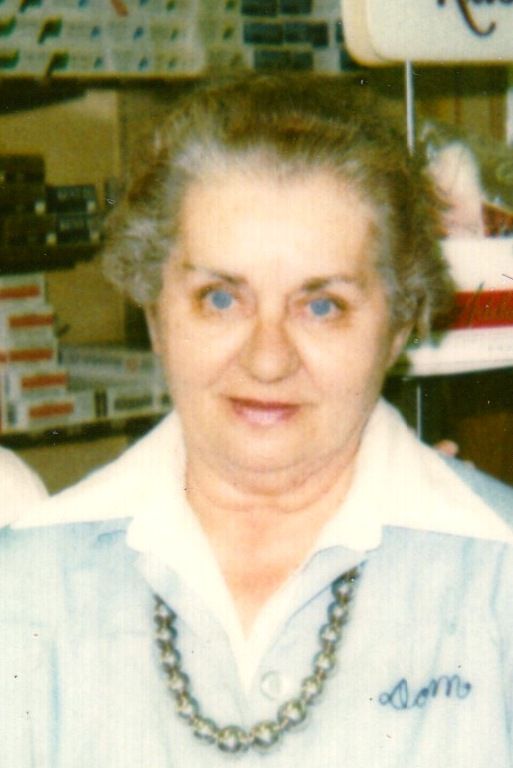 Dominika Stacishin Ruggiero, 90, of Concord, formerly of Somerville, and the West End of Boston, died Friday, December 16, 2011 at the Concord Health Care Center, Concord.
She was the beloved wife of John A. Ruggiero, who died in May 1984.

Born in the West End of Boston on August 21, 1921, she was the daughter of the late Nicholas Stacishin and Mary Barbir. She attended Boston school's and graduated from what was called at that time, Girl's High School. After high school she attended art school at the Museum of Fine Arts and later in the 1970's she completed a journalism program at Boston University.

Dominika loved art, Russian history and poetry. During the late 1960's and early 1970's, Dominika was an active participant in the political reform movement that worked to turn the decaying city of Somerville into a city that ultimately was nationally recognized and awarded the "All American City" designation for civic engagement. Dominika worked as a Human Resources professional at a Medford box company during the week and spent evenings and weekends working in the front end of her son's pharmacy, the Apothecary Shoppe on Thoreau Street, Concord.

In the early 1990's when the box company relocated to the Carolina's, Dominika expanded her hours at the pharmacy, eventually moved to Concord and became a constant presence behind the pharmacy's cash register for well over 20 years. After the pharmacy was purchased by CVS, she began working as a cashier for Stop & Shop in Concord and later in Acton. At the age of 87, she retired due to failing health.

Funeral was held on Tuesday, December 20 followed by a funeral Mass at Holy Family Parish, Concord and interment at St. Bernard's Cemetery, Concord.


GIFTS IN HER NAME MAY BE MADE TO:
American Lung Association of New England
460 Totten Pond Road, Suite 400
Waltham, MA 02451