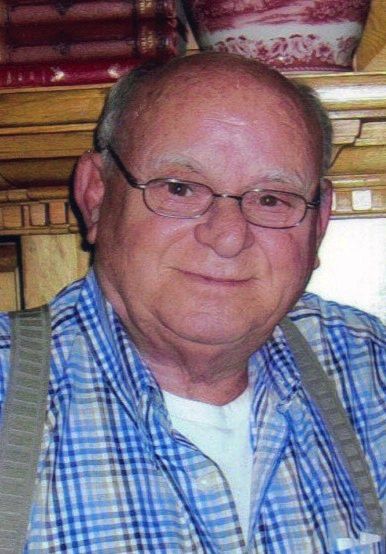 Donald P. Burlamachi age 75 of Billerica passed away peacefully at his residence on Tuesday, October 14, 2014 surrounded by his loving family. He was the devoted and beloved husband to Donna M. (Mastrullo) Burlamachi for 53 years.

Born on June 24, 1939 in Somerville he was the youngest child of Peter D. and Mary C. (Razzaboni) Burlamachi. Don graduated from Somerville High School and entered into the Boston Local 103 Electricians Union. He proudly served in the United States Army Reserve for 8 years in the Yankee Division.

Don and Donna met at Nutting Lake in Billerica in 1956. They married at St. Theresa's Church on August 27, 1961 and resided in Somerville before purchasing their home in Billerica in 1965 where together they raised their loving family. Don was a familiar face as a Billerica Town Meeting Member for many years.

Don worked as a union electrician as an apprentice, journeyman, foreman and project manager. He later attended Worcester Polytechnic Institute earning his certification in Electrical Facilities Engineering. He began a new rewarding career as an Electrical Facilities Engineer for Honeywell, Honeywell Bull and Bull Electronics beginning in Lawrence, Waltham and Brighton manufacturing facilities before retiring in 1997. During his retirement he began working for several funeral homes in Billerica, Lowell, Chelmsford, Maynard and Concord. His gift of interaction with the public was a blessing and he always made friends.

His family was the center of his life. Family, holidays and neighborhood gatherings were always filled with fun and laughter. He was a gracious host and a wonderful cook. He also enjoyed gardening, relaxing in his yard, and spent many summers on Cape Cod.

Along with his wife he is survived by his loving children, Lori M. Summerlin of Billerica, Kim M. McKenna and husband Gregg of Wilmington, Glenn D. and wife Beth of Concord and Mark P. and wife Tracy of Dunstable. Don is also survived by his cherished grandchildren, Julianne and Matthew McKenna, Kyle and Caroline Burlamachi and Eric Summerlin, his brother Leonard of Lakeland, Florida and his sister Lorraine of Somerville as well as many nieces, nephews and cousins. He was predeceased by his sisters Dorothy Phillips and Barbara Hutchinson.

Concord's town flag flew at half-staff in honor of Don's service to his country in the United States Army.

Gifts in Don's name may be made to:
The Home for Little Wanderers
10 Guest Street
Boston, MA 02135
www.thehome.org