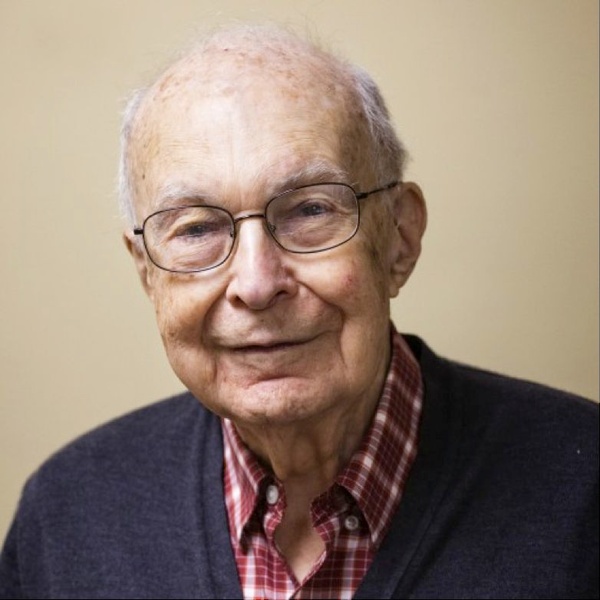 Reverend Donald Albert Williams in his 95th year, husband of the late Adelaide (Neal) Williams, passed away peacefully at his concord residence surrounded by his family on Friday, Oct. 7, 2016.

He was born June 12, 1921 in Fond du Lac, WI to Chester Albert and Jennie Louise (Pinkerton) Williams. Graduated from Fond du Lac H.S. and in 1942 from Ripon College, Ripon, WI. In 1943 he entered the U.S. Army and served as 1st Lieutenant, Infantry in the 91st Infantry Div. on the Italian front. A 1948 graduate of Garrett Biblical Institute (now Garrett-Evangelical Theological Seminary) in Evanston, IL. And became pastor of the First Methodist Church, Tomahawk, WI. He was recalled to active Military service as a chaplain during the Korean conflict, and then in the Army reserve until retirement as a Lt. Colonel.

He was a pastor successively at Algoma, WI and at Medford, No. Andover, Leominster, Brookline, Woburn and Bryantville, MA retiring in 1985. In 2002 he moved to Deaconess Abundant Life Communities in Concord, MA.

He is survived by his 3 daughters, Christine Williams of Chevy Chase, MD, the Rev. Roberta Williams of Martha's Vinyard, MA and Faith Williams, Esq. of Dublin, OH; his son Dennis Williams of Foxboro, MA and his grandchildren Katelyn and Craig Williams of Boston He also leaves his brother Robert Williams of Ames, IA, his sister in-law Nancy Blackstone of Wakefield and many nieces and nephews. Besides his wife Adelaide, he is predeceased by his sisters Susan and Helen and his brother, Chet.

Donald Williams '42, age 95, grew up on a farm near Fond du Lac, just 20 miles from Ripon College, and his family was of limited means. During the 1930s, Ripon College was offering a scholarship program based on a comprehensive exam, and Williams was able to take advantage of that to get an education.

He was a double major in speech communication and English and worked multiple jobs to pay for the rest of his college tuition. "By working summers for Central Wisconsin Canneries in Rosendale and washing dishes at the Badger Café downtown at 25 cents per hour, two hours daily, seven days a week, my bills were paid and I graduated without debts in 1942," he says.

A highlight during the four years of his college career was meeting legendary film actor Spencer Tracy '24, who received an honorary degree and spoke at the 1940 Commencement ceremony. "Professor Boody held a garden party reception at his place for all the students who were majoring in his department, and we had a handshake from Spencer Tracy there," he says. After graduating, Williams spent three years in the Army before attending a graduate program in theology at Garrett-Evangelical Theological Seminary in Evanston, Illinois. In 1948, he became a Methodist pastor serving in Tomahawk, Wisconsin, and 2½ years later rejoined the military service as a chaplain of Army engineers during the Korean Conflict.
"I was not assigned to Korea, only to training camps, but by remaining in the active reserve I got a couple of promotions and retired as a lieutenant-colonel chaplain," he says.

In 1955, Williams moved to Massachusetts to attend another graduate program at Boston University, courtesy of the Korean G.I. Bill. Only a year later, his wife died of cancer and left him with a son, age 3. The next year, he married the widow of another young pastor and also the mother of two small girls.

In 1958, their family grew to a family of six. "Christine is now retired from work in the federal government; Dennis is a senior manager in cable TV; Roberta, too, is a pastor, now on Cape Cod, Massachusetts; and our youngest, Faith, has been an attorney and is now with YWCA in Columbus, Ohio," he says.

In 2014, Adelaide, his second wife, died, and Williams now lives alone in church-related retirement centers in Concord, Massachusetts. About five years ago, he was diagnosed with myeloma, a problem in the bone marrow; however, he proclaims he has the best medical care. He stays positive and spirited doing what he loves, including continuing to sing in chapel choir and playing piano.

Williams and his son, Dennis, recently returned to Wisconsin to visit relatives and make a stop at Ripon College. Williams beamed with pride to be on campus again and declared his satisfaction with his life now. "I'm not in pain; the hospital and clinic are right next door (to where I live); and I am thankful to be who and what I am — a 1942 Ripon alumnus!" Williams says.