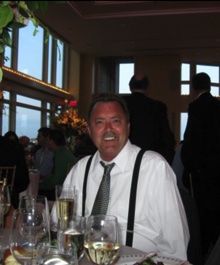 Donnie Edward Lawrence age 62 of Prince George's County, Maryland and recently of Concord passed away on Wednesday, August 24, 2016 at Care One of Concord after a courageous battle with lung cancer.

Born on March 4, 1954 in Cheverly, Maryland he was the son of the late Robert A. Lawrence, Sr. and Jean Kennedy Lawrence.

Donnie was raised and spent most of his life in Prince George's County. He graduated from DeMatha Catholic High School in Hyattsville, MD and worked for many years as a truck driver for United Parcel Service.

He was an accomplished athlete during high school and was a life long enthusiastic golfer. Donnie enjoyed casino gambling, reading and watching sports. His sense of humor and zest for life was deeply appreciated by all who knew him.