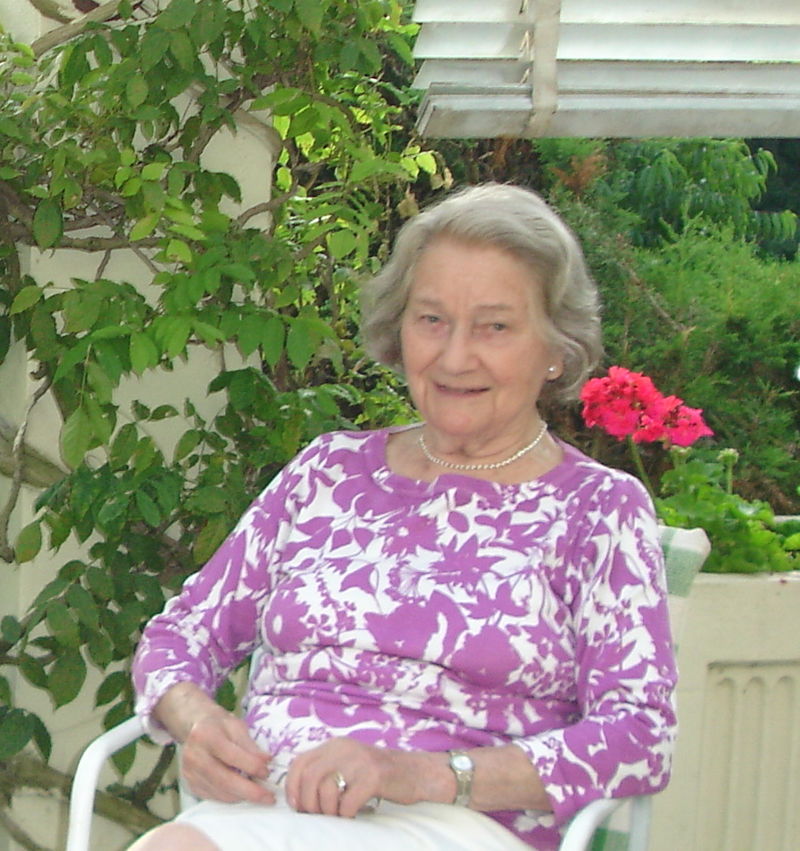 Dorothy Patricia Jensen ("Patricia") died peacefully in her home in Lincoln, MA on Thursday, August 6, 2020, at the age of 99. She was the beloved wife of Philip B. Jensen, MD, for 66 years and devoted mother of Frances (Jeffrey), Charles, and Richard (Sabita), and loving grandmother of Andrew (Shannon), William, Philip, Anja, Viggo, and Soren.

Patricia was the daughter of Dora and Charles Riley and was born in London, England on October 20, 1920. Patricia emigrated with her husband Philip to the USA in 1954, where they began a fruitful and lifelong partnership. Prior to their emigration, Patricia served as a Staff Sergeant in the British Army MI9 unit in World War II. She was stationed in Denmark and developed a strong love of Danish culture and cuisine, returning many times over the course of her life. Patricia and Philip lived in Sharon, CT, for almost 40 years, where she was a member of the Sharon Women's Club. She was an active member of the Millbrook Garden Club in Millbrook, NY.

In addition to her love of nature, Patricia upheld all family traditions, was a talented cook and was in her element bringing family together over a delicious meal, prepared with fresh ingredients from her kitchen garden. She was an expert at fine needlepoint and completed many tapestries that are treasured by the family. While she was an avid traveler, she most cherished her trips to the countryside of her beloved England.

A private service will be held at a later date.