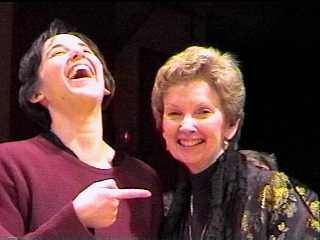 Dorothy (Miller) Schecter, age 85 of Concord, formerly of Carlisle, died August 28,20156 at Rivercrest Long Term Care, Concord. She was born in Lowell, MA on July 27, 1930, the daughter of the late Raymond and Dorothy (Flynn) Miller. She was the wife of the late Banks Worsham and the late Harry Schecter.

Dorothy received a BA from Boston University where she was elected to Phi Beta Kappa, and an M.ED from Tufts University. For 20 years, she was a teacher of English and Drama at Rogers Hall School for Girls in Lowell, and after the school closing, she taught English at the Billerica High School for ten years. After retiring from teaching, she was the Managing Editor of Antique Radio Classified, a Carlisle-based, monthly publication for collectors of antique radios and related equipment.

Dorothy and her late husband Harry were lifelong supporters of the performing arts, with emphasis on theatre and music. With his support as sound designer and that of other artists and technicians, she directed more than ten major productions for the Concord Players, many of which won recognition from the Eastern Massachusetts Theatre Conference. She also served the Players as president and in many other capacities. At Newbury Court, the retirement community she and her husband chose after selling their home in Carlisle, she helped to promote theatre activities and to offer dramatic presentations, including staged readings by the Concord Traveling Players.

Dorothy was a Corporator of the Louisa May Alcott Orchard House Museum where she participated in dramatic and educational programming and public relations. In addition, she was an active Friend of the Concord Chamber Music Society.