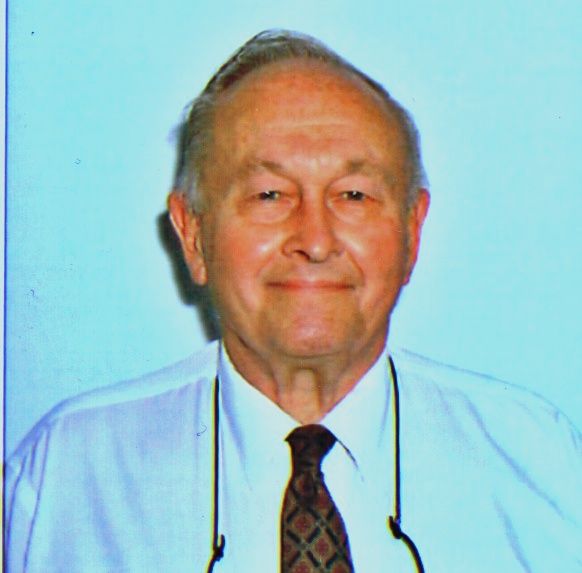 Edward Rolfe of Lincoln, Massachusetts, a retired engineer, died peacefully on March 27, 2014, at the age of 94 after experiencing complications from a recent stroke.

Rolfe was born in London, England, in 1920, the son of Florence Catherine Lewis Rolfe and Thomas Edward Rolfe. He graduated at the age of 19 from London University with a Bachelor of Science degree in electrical engineering (First Class Honors) in 1939, later coming to the United States on a fellowship in 1950 to earn a master's degree in chemical engineering at MIT. After a stint with Standard Oil in England, during which he won two patents for electrical control of lube oil processing, he returned to the US to manage the Plasma and Applied Physics Laboratory at the Raytheon Company, where he developed the first laser Doppler lidar system, for which he was awarded a NASA Science Prize. In 1968, he returned to academia, earning a master's in theoretical physics from Brandeis University. He then worked for Stone & Webster Engineering Corp., heading its Probabilistic Risk Assessment Study of the Millstone III nuclear power plant, and ran his own consulting company for the design and analysis of nuclear power plants. His last employment was in the field of software consulting, working on large distributed relational transactional-based database systems at the Digital Equip-ment Corp. (DEC) and consulting independently on software and engineering problems with various companies.

An avid sportsman throughout his life, Rolfe learned sailing as a Sea Scout near Lewisham, the district of London where he grew up. He and his fellow scouts navigated a large, old sailboat along the Thames River, where his grandfather Rolfe had been a lighterman. For many years, he was a member of the Boston Harbor Sailing Club and of the Appalachian Mountain Club. He was for a time a member of the New York Athletic Club water polo team.
In London, Rolfe studied violin at the Guildhall School of Music, a talent he pursued as the founding concertmaster and president of the Waltham Philharmonic and as a member of the Concord and Civic Symphony Orchestras. His most recent concerts were with the Wellesley Symphony and at the annual Messiah sings of Lexington's Masterworks Chorale, where he proudly shared a first violin stand with his grandson Sam. He enjoyed organizing chamber music events with professional acquaintances and family friends, and participated in the AMC's cross-country skiing and chamber music weekends.

In 1938, while working as an apprentice for the BBC, Rolfe was responsible for making a recorded transcription of the famous "peace for our time" message of British Prime Minister Neville Chamberlain. During World War II, Rolfe served as a captain in the British Army 6th Airborne Division, Royal Electrical and Mechanical Engin-eers; as a paratrooper in the Special Air Service, he assisted de Gaulle's Free French forces. After the war, he was stationed in Jerusalem and was swimming nearby at the YMCA when the King David Hotel was bombed.

Locally, Rolfe was a member of the Lincoln Planning Board and served on the music committee of the First Parish in Lincoln (UCC/UAA).

Rolfe is survived by his wife of 65 years, Stephanie, whom he met while working after the war for British Thomson-Houston in Rugby, England; daughter Wendy Rolfe-Dunham, a professional flutist; son-in-law Benjamin S. Dunham, an editor and arts consultant; grandson Samuel Dunham, a student at the College of William and Mary; brother John, a retired actor living in England; and many nieces and nephews to whom he was devoted.

Family plans call for a memorial concert in Lincoln at a time to be announced.

In lieu of flowers, contributions may be made to a scholarship fund in his memory at:
Music at Port Milford
288 Washington Avenue
Pleasantville, NY 10570
www.mpmcamp.org
(A chamber music camp in Ontario that his grandson greatly enjoyed.)