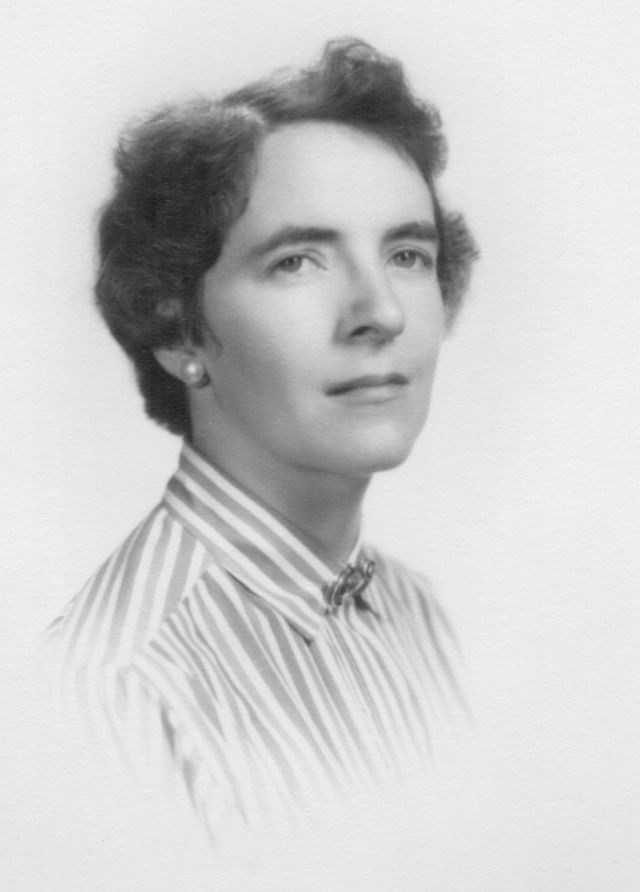 Born on March 10, 1924 in New York City, she was the daughter of John Hora Jackson and Grace Garretson Jackson. She grew up in Scarsdale, New York, where she attended the Fox Meadow School. She graduated from The Madeira School and from Vassar College, where she was a member of the Class of 1945-4, "the class with the dash," owing to wartime foreshortening of the college schedule. After the war, she worked at the Rockefeller Foundation in Manhattan while earning a Master's degree in history at Columbia University.

In 1948 she moved to Bryn Mawr, Pennsylvania to teach history and geography at The Baldwin School. During her time in Bryn Mawr, she attended evening classes at Temple University Law School, which at the time occupied an upper floor of the Gimbel's Department Store building in downtown Philadelphia. At that time almost no women followed such a path. She planned to settle down on her own and practice a gentle form of law in some peaceful place, perhaps Maine.

Her plans were abruptly changed in early 1955 when, at a dinner party at the Barclay Hotel in Philadelphia, she was introduced to S. Blaine Ewing, Jr., a Professor of English at Lehigh University in Bethlehem, Pennsylvania. They were married on August 13, 1955 in Lehigh University's Packer Chapel. Their honeymoon in the Poconos coincided with Hurricane Diane, leaving them isolated from the world for several days.

Following her marriage, she taught history at Cedar Crest College in Allentown, Pennsylvania, then stayed home to raise her son John and, subsequently, her daughter Lydia. These were years of great happiness.

Blaine Ewing died suddenly and unexpectedly in 1961. Thrown entirely on her own resources, Eliza returned to law school at Temple, commuting daily from Bethlehem to Philadelphia by train. She graduated in 1964. Thereafter, she practiced law in Bethlehem for a number of years, chiefly in probate and family law. Later, she was an administrator for Northampton County, Pennsylvania. During these years she built a summer cottage in Eastham on Cape Cod, spending as much time there as she could.

In 1986 she retired to the Cape, winterizing the summer cottage for that purpose. She loved Eastham and Cape Cod, and she loved her independent life there, which she resolutely maintained for twenty-six years, until illness made it impossible. During her years in Eastham, she especially enjoyed playing tennis, exploring the Cape with the Eastham Hiking Club, and having time to read and write. She also served on the Eastham Council on Aging and the Eastham Democratic Town Committee. She made and kept many friends.

In her final years, though over fifty years a widow, she still missed her husband Blaine every day, spoke often of him, and looked forward to seeing him again. He was her miracle.

She is survived by her son, John H. Ewing of Philadelphia, and his wife Wendy; her daughter, Lydia Ewing Tolley of Acton, Massachusetts, and her husband Chris; four grandchildren, Michael and Eliza Ewing, and Eleanor and Sam Tolley; and a number of nephews and nieces. She was predeceased by her brother, John Hora Jackson, Jr., and her sister, Sara (Sally) Jackson Rasmussen.

Arrangements under the care of Concord Funeral Home, Concord. A Life Celebration Home ®

CHURCH OF THE HOLY SPIRIT