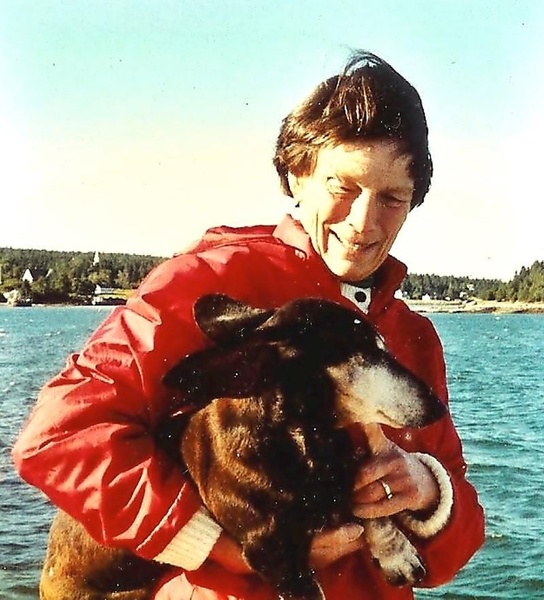 Elizabeth (Bisty) Donaldson of Lincoln, MA died Monday March 19, 2018 in Concord, twelve days shy of her 100th birthday. Wife of the late Gordon A. Donaldson, M.D., Bisty was ever active, tending to the needs and ambitions of her community, her causes, and her family.

Born Elizabeth Heberton Craighead March 31, 1918 (Easter Sunday) in Scarsdale, N. Y. to Magruder Craighead and Cicely Wayland Craighead, Bisty attended the Masters' School in Dobbs Ferry N.Y. and graduated from Vassar College in 1939. She moved to Boston in the early '40s and took a lab job at Massachusetts General Hospital where she met Gordon, a surgeon. They were married in New York, N.Y. in1943.

The Donaldsons soon moved to Lincoln, Gordon's hometown, where they raised their five children. Bisty plunged into town affairs, turning her considerable talents to the School Committee, the PTA, the Lincoln 4-H Club, and numerous ad hoc projects and events. She was a stalwart of the First Parish in Lincoln choir and served the church in many capacities. She was, as well, an accomplished silversmith, trained at the DeCordova Museum, and so enjoyed making gifts of her pieces to family and friends.

Music and earth-tending were central themes in Bisty's life. After Gordon's death in 1983, she joined Sharing a New Song, a Boston-area singing group committed to cultivating international peace through song. With SANS, she traveled to the Soviet Union, South Africa, and Cuba and made lifelong friends with Russian and Estonian families. Bisty poured her energies into Codman Farm in Lincoln, helping to make it a community and regional resource for budding farmers and especially for children. She was active, as well, with the Lincoln Bell Ringers. In 2006, she moved to Newbury Court in Concord where her penchant for organizing and for affecting community improvement continued apace.

At the core of Bisty's life was her family. Numbering 50 at the time of her death, Bisty's children, grandchildren, and great grandchildren were wellsprings of amusement and love for her (and she for them). As the matron of the Donaldson house in Lincoln and of the Point Lookout Club on Isle au Haut, ME, Bisty nourished the entire clan and, in the process, was much nourished herself. Her children are Magruder C. Donaldson (Lincoln, MA), Gordon A. Donaldson, Jr. (Lamoine, ME), Lydia L. Donaldson (Middleburg, VA), Jonathan D. Donaldson (Lincoln, MA), and Elizabeth H. Donaldson (Thorndike, MA). She is survived as well by her brother, Lincoln Craighead, of Fairfield, CT. Her extensive exploration of her Craighead and Wayland ancestry remains as a vital family resource.

Family and friends will gather to honor and remember Bitsy on Saturday, May 19 at 2:00 p.m. at the First Parish Church in Lincoln, 4 Bedford Rd., Lincoln.

In lieu of flowers, gifts are welcome in Bisty's memory to:
The Union Congregational Church of Isle au Haut,
PO Box 52
Isle au Haut, ME 04645