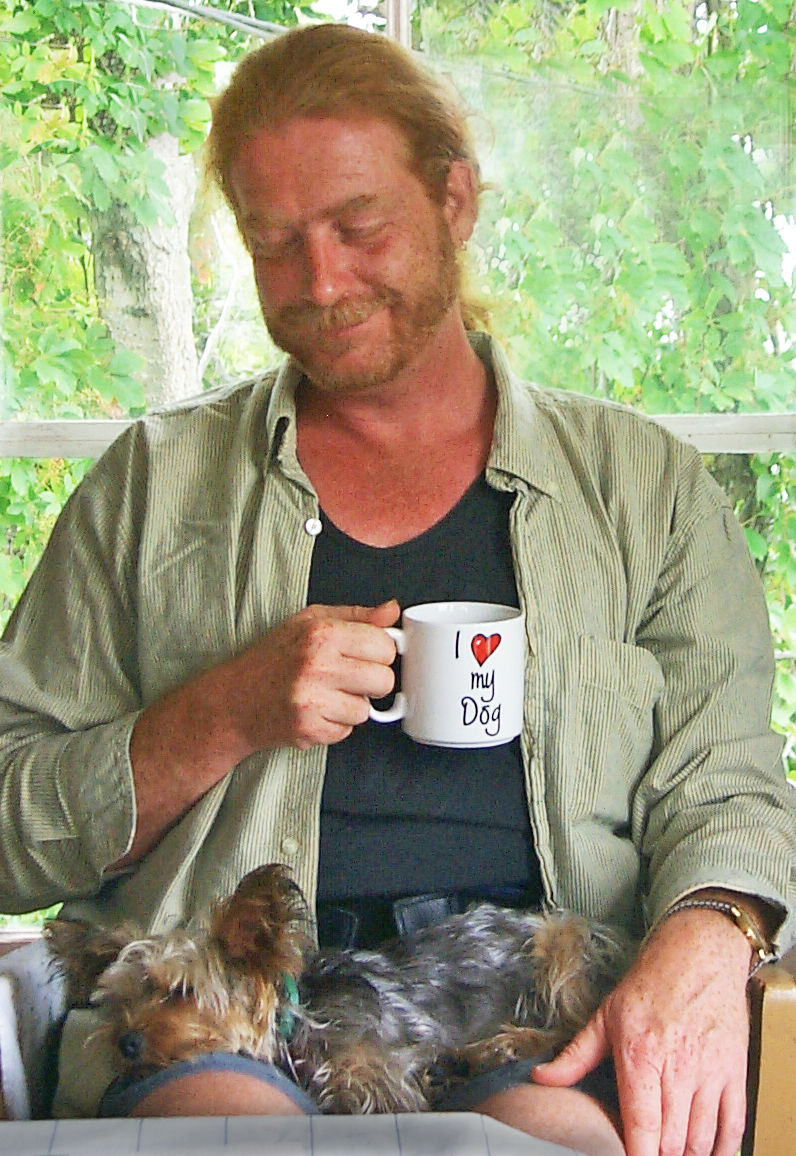 Eric E. Coffman, age 56, of Maynard, Ma, died quietly and comfortably in his sleep, at his home, Tuesday April 5th, of lung cancer. He is survived by his fiancé and partner of 15 years, Christy Hastings, and their beloved puppy Arrow, both of Maynard.

Born in Norman, Oklahoma, the majority of his youth was spent in Ohio, along with summers in Michigan. His family eventually moved to New York.

Eric attended Berkeley School of Music in Boston, where he studied classical and jazz guitar, leaving Berkeley to tour the world as a professional musician for several years. He then went on to study Electrical Engineering, earning a Bachelor of Science degree at Cornell University. He moved to Maynard, where he worked for Digital Equipment Corp. for 13 years.

Eric became disabled with Fibromyalgia. Despite his disability he continued to play the guitar, compose music, and find new ways to express his artistic sense. He enjoyed photography, computer art, painting and drawing. His love and interest in art, science, history and literature took him to all types of museums. He also delighted in sharing his interests with others.

Throughout his life, he battled with severe depression, along with other mental health issues. Recently he celebrated his 16th anniversary in AA, and was a devoted member of the Maynard NOW Group.

Eric met his beloved Christy Hastings through his first AA sponsor, Lisa Hastings Moll (Christy’s sister). Eric and Christy shared many interests - especially a love of science, art and music. They spent a lot of time in Maine, with Christy’s family, whom Eric became very close to. They traveled frequently to Belize, Central America, where they snorkeled, hiked in the jungles, and visited Mayan ruins. Eric and Christy also shared a love of and devotion to animals. His kindness, compassion and gentleness always shined whenever he interacted with animals. One year, he rescued a pair of blue jay hatchlings, which he then raised and eventually released back in to the wild. But his greatest love was for his Yorkshire terrier, Arrow. Eric, Christy and Arrow traveled everywhere together, even taking Arrow to Belize for Christmas one year. He absolutely adored her, and she adored him, and will miss him terribly.

Diagnosed with lung cancer in July 2009 he underwent treatments of chemotherapy and radiation at The Bethke Center at Emerson Hospital. The oncology staff was extremely caring, kindhearted and supportive throughout his two year struggle.

Those who knew Eric will miss his brilliant mind, his dry wit, his gentle, compassionate and generous spirit, along with the beautiful music he created.
Besides his fiancé he is survived by his sister, Ann Coffman, his brother, Stanley Coffman, both of New York, his niece, Ariel, and nephew, Jackson.
Eric is also survived by his future sister-in-law and caregiver, Lisa Hastings Moll, and future brothers-in-law and caregivers, Edward Hastings and Robert Moll.