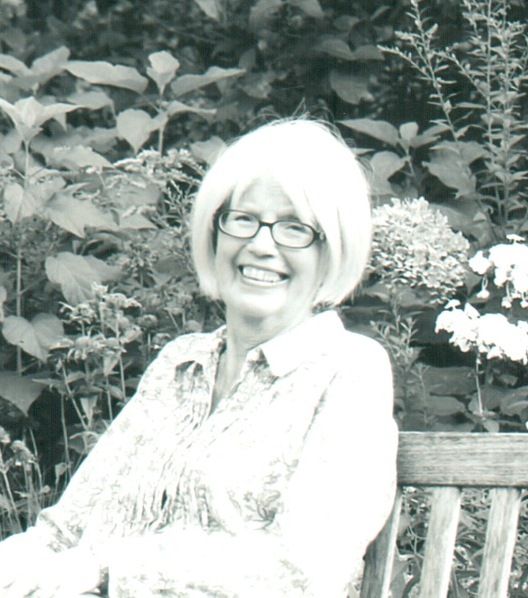 Eva-Gitta Cederstrom Nabih was born in Stockholm, Sweden in 1941 and lived a full life of travel, adventure, family and friends until August 11, 2012 when she passed away peacefully at home with her family in Lincoln.

She was very creative and gifted in both musical and visual arts. Early on, she showed musical talent and after primary school attended Adolf Fredrik Musikskola, a well-known middle school that combined musical training with the traditional school curriculum. She finished her formal education at the business school Frans Schartaus -- during and after which she also worked at a prominent Swedish publishing company, Norstedts, and at the Swedish Public Radio.

At 19 years old, she joined the Swedish Foreign Service and in 1961, made the news for being Sweden's youngest embassy staff yet to be posted abroad. Wanting to explore "the edges of civilization" she accepted an assignment at the Swedish Embassy in Cairo, Egypt and served there for four years.

She was very active in diplomatic and social circles, and enjoyed bringing Swedish culture, food and customs to share with friends from around the world who were in Cairo at the same time. (In fact, she claimed the distinction of being the person who introduced 'The Twist' dance to Egypt.) Eva-Gitta deeply admired the culture and history of Egypt and loved riding in the desert near the Giza pyramids on her horse "King Soliman".

Early on in her Cairo years, she met her future husband, Ismail, at a Santa Lucia party, which is a Swedish Winter tradition. At the end of her embassy assignment, she returned to Stockholm supposedly for good. But on her first visit back to Cairo, Ismail proposed and they married in 1966. From then on, their visits back to Sweden were to give birth to her three daughters, Shahinaz (1967), Shahira (1969) and Sherine (1972) and for Summer vacations to visit family and friends.

After marrying, Ismail took the opportunity to gain additional management training and was accepted at IMEDE in Lausanne, Switzerland. Eva-Gitta joined him and they stayed for eight months. She adored the Alps and took many opportunities in the future to go back for visits with Ismail. After the program, they returned to Cairo before the Six-Day War with Israel broke out. At that point, they took the decision to leave Egypt, hoping the climate would change. Their departure was enabled by Ismail's opportunity to get his MBA at Harvard Business School. The climate did not change and so they stayed on in the United States and Ismail got a job.

Eva-Gitta's adventures in the United States began with a part-time job at HBS and being a new mother. Over time, she learned more and more about her new home by navigating the American systems to raise their three girls and by making new friends through work and neighborhoods in which they lived.

In 1972, she co-founded with Ismail SSC Instrumentation Inc. a medical equipment and electronic components company, exporting to hospitals and healthcare institutions in the Middle East. Eva-Gitta worked alongside Ismail until mid-2011 as Treasurer and leader of the headquarter operations in West Concord, MA. Ismail continues to lead business development and international operations.

Her strong sense of adventure never waned, and she travelled throughout her life - with and without family - back to Stockholm and Cairo, as well as to Switzerland, France, Thailand, India, Turkey, Japan, China and across the United States and Canada.

To maintain connections with her Swedish roots, Eva-Gitta became very involved in SWEA (Swedish Women's Educational Association). It is an extensive global non-profit organization for Swedish-speaking women living abroad. Its mission is to share Swedish culture and traditions around the world. She served in various board positions both locally and with the international organization. Her contributions included editing newsletters and the international magazine, doing marketing and press relations. Accomplishments that she was particularly proud of included driving a global fundraiser for some renovation of Stockholm's National Museum and helping plan SWEA International´s 25th anniversary celebrations. And, almost every December, she contributed her time to the SWEA Christmas fair, "Swedish Yuletide", in Boston's Cyclorama in the South End to great success.

Eva-Gitta was a beloved wife, dedicated mother, and trusted friend. Her creativity, wit and keen organizational skills in both work and play were unmatched. She was especially famous among her family and friends for innovative scavenger hunts, excellent cooking, lively parties and authentic Swedish celebrations. She relished playing elaborate pranks on April Fool's Day and adored the changing leaves during her favorite Autumn season. The pristine beauty of New England snowfalls always impressed her. And, she never lost her Swedish accent after living 51 years outside her mother country. She was an imaginative, caring, and wonderful "Mormor" (grandmother) to her four grandchildren. She will be missed by all who knew her.

Services were private in Lincoln Cemetery.

Gifts in her memory may be made to:
SWEA International, Inc. P O Box 4128, Fort Lauderdale, FL 33338, USA.
Please write> "In memory of EvaGitta" and your name and address on the check. For more information, please contact SWEAs administration via e-post. adminchef@swea.org