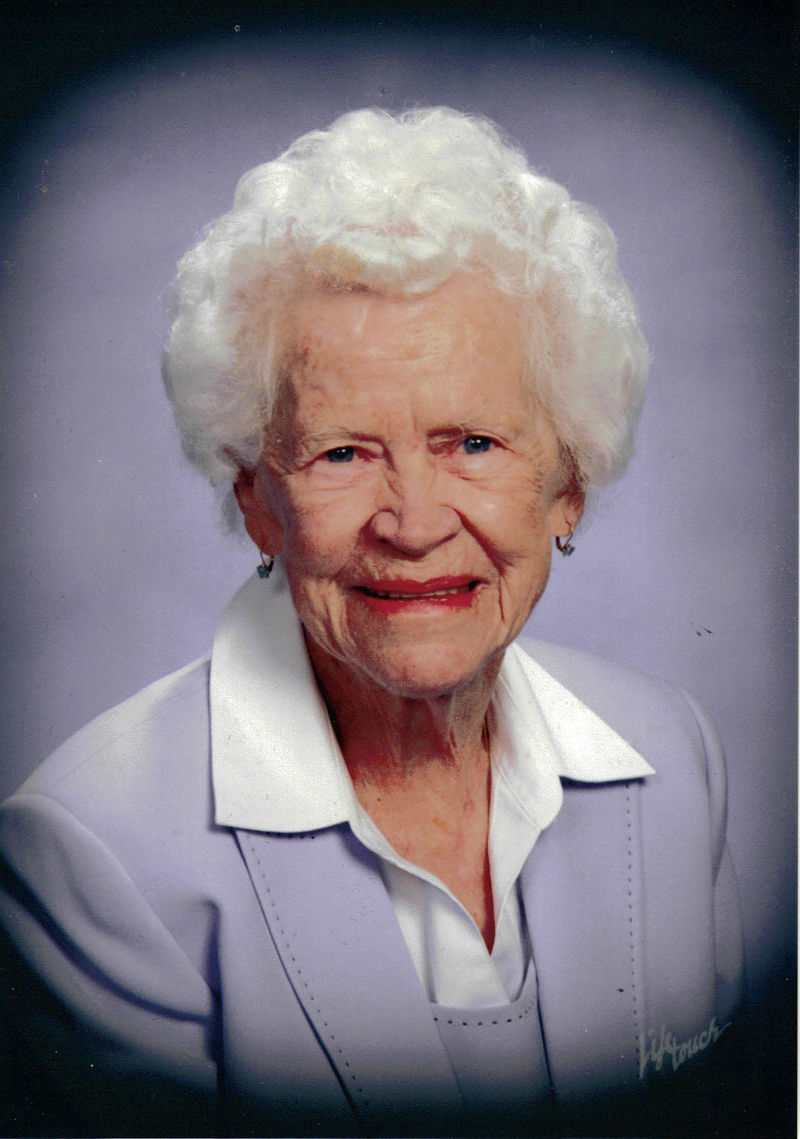 Born in Watertown, on June 11th, 1918 she was the daughter of Irish immigrants the late James P. and Helen M. (Murphy) Campbell.

Raised and educated in Watertown, MA, she was a graduate of Watertown High School. She married and lived in Somerville, before settling in Billerica where she was a resident for 14 years.

She worked as a machine operator at Ark-Les Switch Corp and a cashier at the Somerville Broadway Theater. She was also a devoted wife, mother and grandmother. She enjoyed vacationing with her family at Cobbett's Pond in Windham, NH. Evelyn sang and competed with the Sweet Adeline Barbershop Chorus, and enjoyed knitting and crocheting with neighbors. She was a member of the St. Andrews Parish.

After retirement, Evelyn and her husband moved to Florida in 1984 where she enjoyed spending time with her family and friends. She worked part time at K-Mart until age 86. She was a devoted fan of the Boston Red Sox and many other New England sports teams. She was proud of her Irish heritage and had a twinkle in her eye. Her smile and kind demeanor was admired, loved and cherished by many.

She was the mother of Nancy Mailloux of Orlando, FL., David Anderson, of St. Petersburg FL., and the late Marcia Upchurch and Robert C. Anderson. She is also survived by her grandchildren, Patrick Cross, Robert E. Anderson, Sharon West, Dina Anderson, Keith Upchurch, Evelyn Wendell, Lauren Anderson and the late Sean Anderson, her great-grandchildren Kylie, Erin, Nathan, Marcia, Clarissa, Craig and Alisha as well as many nieces and nephews. She was also the sister of the late Arthur, Frederick, James, Richard, Joseph Campbell and Rose Grimes.