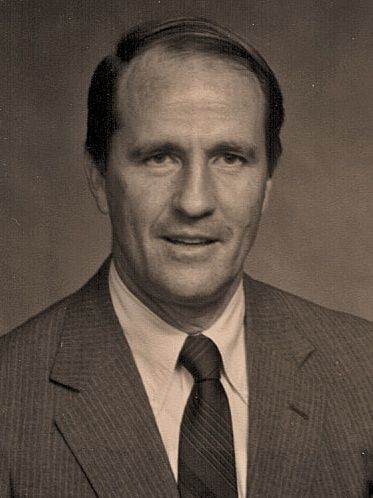 Born in Hanover, NH the eldest son of John and Virginia (Musk) Parker, his school years were spent in Bath, ME where he was an outstanding student and athlete. He was valedictorian of the 1947 graduating class from Morse High School in Bath. He continued his education at Phillips Exeter Academy, Dartmouth College (Phi Beta Kappa) and Harvard Law School.

During the summers of 1950-1955 he played semi-professional baseball in the Downeast League in Maine. From 1955-1957 he served in the U.S. Army in Germany, running a court martial section in Heidelberg. After returning to Boston, he joined the law firm of Bingham, Dana & Gould where he practiced business law and later became the managing partner for several years, followed by two years in the firm's London office. He later worked for BankBoston, managing their outside legal relationships until his retirement in 1998.

A resident of Concord since 1959, he served on the Town Finance Committee, General Building Committee and Trustees of Town Donations. He coached youth basketball at Hunt Gym and ran the junior golf program at the Concord Country Club for several years.

Since childhood he spent every summer with his extended family at Sebasco Estates, Maine.

He is survived by his wife Sally (Dabney) Parker of Concord, his son David Parker and wife Althea Lee of Del Mar, CA; son, William Parker and his wife Charlotte Bannister of Oxford, England; his daughter Ellen Parker and her husband Jason Staczek of Vashon, WA. He also leaves six grandchildren: Roddy, Hartley, Toby and Jamie in England; Natalie in California and Ivy on Vashon Island, WA; he also leaves nine nieces and nephews.

A memorial service will be held on Saturday, May 17, 2014 at 11:00 am in the Trinitarian Congregational Church, 54 Walden St., Concord. Interment private in Sleepy Hollow Cemetery, Concord.

Gifts in his name may be made to the Parker Family Scholarship Fund, Dartmouth College, 6066 Development Office, Hanover, NH 03755 or to the Concord Free Public Library, 129 Main. St., Concord, MA 01742