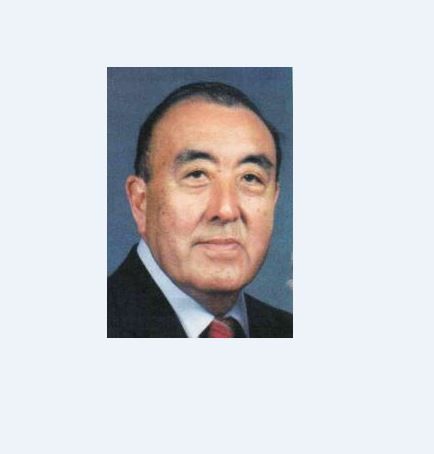 Dr. Fumio Robert Naka, a nationally recognized pioneer of classified stealth technology, passed away at the age of 90, on December 21, 2013 in Concord, Massachusetts. He was born on July 18, 1923 in San Francisco to Kaizo and Shizue Kamegawa Naka.

Bob was admired by his colleagues, family and friends for his intelligence, deliberate thoughtfulness, and generosity. He said that his parents taught him to put more than his share back into the society that supported him, and he contributed much to his community.

Bob was a nationally recognized expert in reconnaissance, surveillance, and communications and command systems, components and technologies, active and passive sensors, countermeasures (including low observables), counter-countermeasures in spacecraft (in particular), aircraft and ground stations.

Bob grew up in Los Angeles, and lived most of his adult life in Boston and Washington DC. He attended UCLA at the age of sixteen until his studies were interrupted in 1942 when his family was interned at the Manzanar Relocation Center during WWII. Through the efforts of the Quakers, he gained his release after nine month, to continue his studies, but not on the west coast. He graduated in 1945 from the University of Missouri – Columbia, with a bachelor degree in electrical engineering. He went on to earn a master's degree in the same field at the University of Minnesota in 1947 and earned a doctorate in electron optics at Harvard University in 1951.

Bob's career started at MIT's Lincoln Laboratory leading a team that developed the first automatic analog radar signal detection equipment that was used to warn of bomber attacks. He also worked on the, then secret, U-2 program. Bob joined MITRE in 1959 where he worked with stealth technology designs. He was deputy director of the National Reconnaissance Office from 1969-1972. Later he moved to Raytheon in Massachusetts, before becoming the 20th chief scientist of the Air Force in 1975 for three years. He retired from GTE Government Systems in 1988. He has served on the board of directors of industrial firms and on government advisory and scientific boards, including the NASA Space Program Advisory Council and the Air Force Scientific Advisory Board. Bob was inducted into the Air Force Space and Missile Pioneers Hall of Fame, elected to the National Academy of Engineering, a Fellow of the Explorers Club, a member of Sigma Xi, Tau Beta Pi, and the Druids of the University of Missouri.

Bob held many volunteer leadership positions at both the Hancock United Church of Christ in Lexington where he was a member since 1951, and at Emmaus United Church of Christ when he lived in McLean Virginia. He was also very active, holding board positions and fundraising for the Nisei Student Relocation Commemorative Fund (NSRCF) which awards scholarships to students from underserved Southeast Asian communities pursuing higher education. It was established by second generation Japanese Americans, Nisei, in gratitude to the National Japanese American Student Relocation Council. The Council made it possible for the Nisei to leave the World War II internment camps for colleges and universities across the United States. He was also active in the Massachusetts Life Care Residents Association, serving as president for many years.

Bob enjoyed spending time with family and friends. He also enjoyed travel, especially cruises and Caribbean locations. Bob was an avid patron of theater and symphony and liked visiting museums and historic sites.

Bob was preceded in death by his wife and college sweetheart, Patricia Neilon Naka. He is survived by his son David (Betsy) of Baltimore, his daughter Holly of Farmington, CT, his son Michael (Karen) of Littleton, MA, his son Peter (Jean) of Fairfax, VA, and his grandchildren Alex, Isabelle, Adalyn, Zhenya, Elizabeth, Jeremy, Matthew, Naomi and Marie.

Donations may be made to:
Nisei Student Relocation Commemorative Fund
www.nsrcfund.org