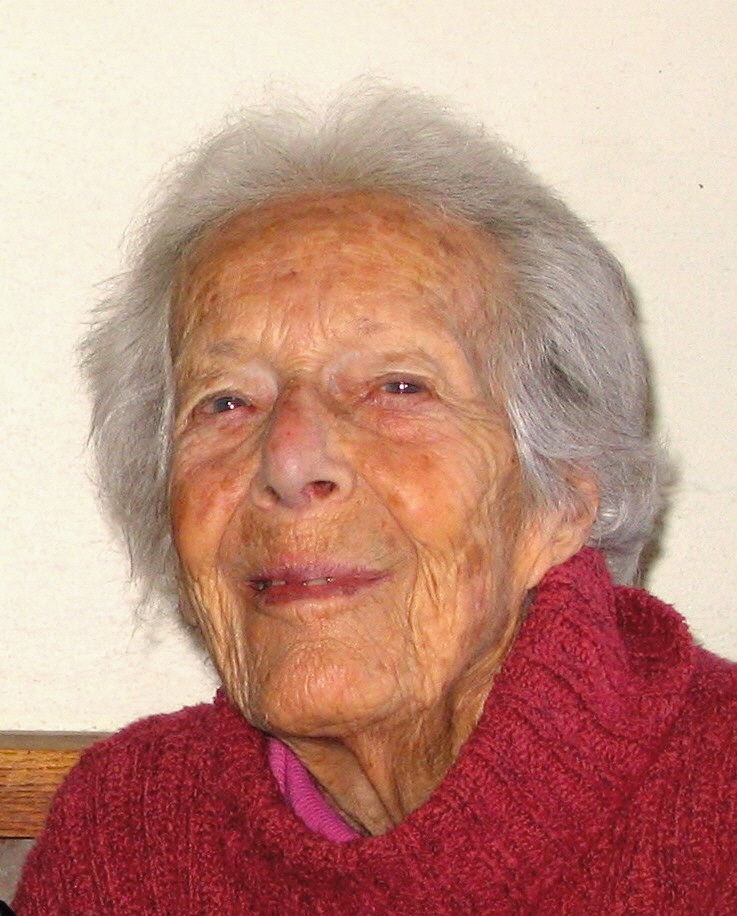 Born October 21, 1913, Frances was raised in West Roxbury, MA, the daughter of a Canadian mother and a Swiss-Italian father who became head waiter at Loch Obre’s Restaurant in Boston. During her younger years she played tennis and studied ballet, piano, and elocution. Life at Girls Latin was embellished by weekend evenings at big band performances in dance halls around Boston, where she and her friends spent most of their time at the edge of the stage, listening closely to the new sounding riffs by the likes of Duke Ellington and Bennie Goodman, and then going home to write them down.

At Smith College, Frannie majored in music and Italian. Felled by polio in 1933, she credited her recovery to her mother who, influenced by Christian Science, massaged her land put her out in the air daily for a year, wrapping her in blankets during the cold New England winter. Frannie’s last year of college was spent in Italy where she studied Italian language and art. After graduation, she began her professional career teaching Italian and music at Ashley Hall in Charleston, South Carolina. An accomplished piano accompanist, Frances met Leonard G. Moss when she was playing for a solo violinist at a weekend concert on Cape Cod and they needed a page turner. Lennie volunteered from the audience, and three months later the two were wed in a marriage that lasted until his death, 64 years later.

The two began married life in a cold water flat in New York’s Upper West Side, with Lenny playing in pit orchestras for Broadway and off-Broadway shows. World War Two interrupted, and, while her husband fought in Italy, Frannie served as a cryptographer for the U.S. Signal Corps in Washington, D.C. Long, intense hours of code breaking were relieved by naps on the big intelligence service tables. On frequent trips to the map room she followed the route of her husband’s division, on their push up the Italian boot to liberate Rome. After the war, Frannie followed Lenny’s symphony career to Dallas, then to Cleveland, and finally, in 1953, to Boston where they rented a small home in the suburb of Lincoln.

In 1954 Constantin Pertzoff, an architect who had studied with Walter Gropius, built Fran and Lenny a home at the end of a Lincoln cul de sac bordering acres of conservation woods. For many years Frannie daily taught piano lessons to school children and adults at her home and also accompanied shows at Lincoln Sudbury High School and Gilbert & Sullivan productions at Brooks School. The First Parish Unitarian-Congregational Church was the beneficiary of her ardent participation in both the Committee on Social Concern and the music programs.

Frannie’s life was rich with friends, family, travel, reading and gardening. European trips with Lenny, between Boston Symphony Concert seasons, featured stays in local B & B’s, picnic lunches along walking paths, and ferreting out local art and architecture. Some of these trips were taken with dear friends who shared her and Lenny’s passion for Romanesque art or French cuisine. Her avid reading taste spanned centuries of English and American literature. She regularly reread all three volumes of Dante’s Divine Comedy in Italian and kept up her language skiils by reading other Italian authors as well as giving Italian lessons to several townspeople.

Even as old age confined her to her house, Frannie maintained her engagement with politics and world affairs through reading, television, and conversation with her many visitors. Staunchly dedicated to liberal causes, she regarded the Obama election as a highpoint in U.S. history and followed his decisions and the U.S. role in world politics to her last days. She was also deeply grateful to friends and family who regularly stopped to visit, to admire a freshly blooming orchid, or to turn the pages of one of her many scrapbooks.

GIFTS IN HER NAME MAY BE MADE TO:
Souther Poverty Law Center
400 Washington Avenue
Montgomery, AL 36104
https://secure.splcenter.org/donations/donate