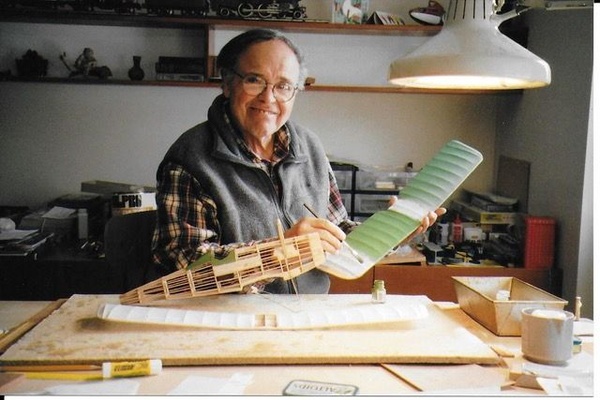 Francis Anthony Botti, age 92, of Concord, Massachusetts and formerly Annisquam, Massachusetts, died unexpectedly at home on Saturday, September 8, 2018. To have celebrated their 64th wedding anniversary in October, he stole her from another, and became the loving husband of Jane Anderson Botti, Lowell, Massachusetts.

Francis was born in Winthrop, Massachusetts on February 8, 1926 to his late parents, Ernest A. and Lucy (Carnicelli) Botti of Newtonville, Massachusetts, who immigrated from Napoli, Italy. He leaves behind his daughters, Linda Jane Botti, Brunswick, Maine, Laurie Botti Haggerty and her husband, David F. Haggerty, Harpswell, Maine, Lisa Karen Botti, pre-deceased, his grandchildren, Lisa Ryan Haggerty, Portland, Maine and Daniel Francis Haggerty, Fairfax, Virginia and his nieces and nephews and their families. He was the youngest brother of the late Olga Botti Munafo, Ernestine Botti Lupo, and the late Flower Botti Nazzaro.

In 2017, Francis attended his last reunion at Clark School for the Deaf in North Hampton, Massachusetts. As the oldest alum, he proudly led the Alumni Parade followed by classmates, many whom had become his life-long friends. He was a student at Clark School for 11 years, before he graduated from Medford Vocational High School. Francis finished his classroom education at Wentworth Institute of Technology with Architectural Design courses.

Francis retired after 38 years with TRO/The Ritchie Organization, Chestnut Hill and Newton, Massachusetts. As an Architectural Interior Designer, much of his work can still be seen in many of our New England area hospitals, health care clinics and facilities.

Francis and Jane purchased land in Concord for their new home in 1956. With his eye for design and commitment to function, Francis designed their home to his carefully thought-out specifications. After framing and wrapping was completed, Francis finished out the custom interior himself, for his now growing family.
While Francis had many loves – Italian food, humor, travel, photography, sports, hiking, camping, skiing, movies, history, and politics - it was his passion for fine wood working that took hold. The garage of his new home became his wood working shop and anchored him throughout his life.

It was here, surrounded by wood, tools and machinery - with dusty glasses and covered in sawdust from head to toe – Francis was most content. He made beautiful pieces of custom specialty furniture and pieces designed for and cherished by his friends and family. A small wood heart on all of the pieces he made for family, represented the love he had for each of them and in memory of Lisa Karen, his youngest daughter.

It was here, Francis began his 5-year journey in the mid 60's to build his boat – a 26' Thunderbird sail boat. Three years in, after finishing the outside of the hull of the LiLaLi (the first 2 letters of the girls' names), he invited all his friends to help him roll her out of the garage, turn her over and roll her back into the garage to finish the inside. Two years later, his friends came back and rolled her out of the garage and onto a cradle, to make her way to the Jubilee Yacht Club in Beverly, MA. Thankfully he learned how to sail her and enjoyed her for several years with his family and all those life-long friends.

It was here, during the girls' equestrian careers in the mid 70's, Francis made each of them their own tack trunk to store items and travel with them from horse show to horse show around New England. Soon, he was making more, as their fellow equestrians admired these handmade trunks. Over time, many of the tack trunks have since made their way from the stables into their homes, as fine rustic furniture.

It was here, Francis taught Jane and the girls, the art of design, function, architecture, and fine wood working. These were the roots of Laurie's career in home design, remodel and real estate, leading to a family of "Chiefs with no Indians" when it comes to design and remodel – "in minutes, we're able to redesign and remodel any house we drive by!"

It was here, Francis designed and built the new kitchen cabinets and island for their summer home in Annisquam. Francis treasured his 34 summers at their place in Lobster Cove – the Captain Cunningham House – a 300-year-old sea captain's home. Many days were spent with Jane working on remodeling projects around this house, as there were plenty of them. After a day of crafting in his boat shop, they would head to Cambridge Beach for a swim. Soon after, they'd be settled on the front porch, Francis with his favorite newspapers and dog-eared wood working magazines.

It was here, beginning in the mid 90's, Francis fed his passion for boats, airplanes, trains, automobiles and bicycles by building remote-controlled models, with impressive, life-like detail. Each airplane and boat were a carefully-crafted small scale piece, until he designed his own and built his last model - a 2' sail boat with a 4' mast. Up until last year, Francis sailed her by remote control at Range Pond State Park in Maine.

It was here, Francis and Jane would complete their last wood working project together on the day before he died. It was a small, shaker style foot stool to be raffled off at the New England Homes for the Deaf annual barbeque the next day. Custom designed and carefully crafted, it was measured twice, cut once and sanded until smooth before it was glued up, clamped up and ready for paint. Finally, it was ready for Jane to weave the shaker tape into a thoughtful design.

And, it was here, it was later discovered, Francis left a detailed measured design drawing of the stool. He had planned with Jane, to make stools for the girls for their Christmas present this year.

Francis enjoyed a very long, life well lived, and was well loved by so many. His life was celebrated privately with his life-long friends on Friday, September 14th and his family on Saturday, September 15th with Fr. Shawn Carey, Director of the Boston Deaf Apostolate/Archdiocese of Boston. Burial followed

Donations can be made on-line in Francis' memory to The New England Homes for the Deaf, Danvers, Massachusetts: http://nehd.org/giving/ .