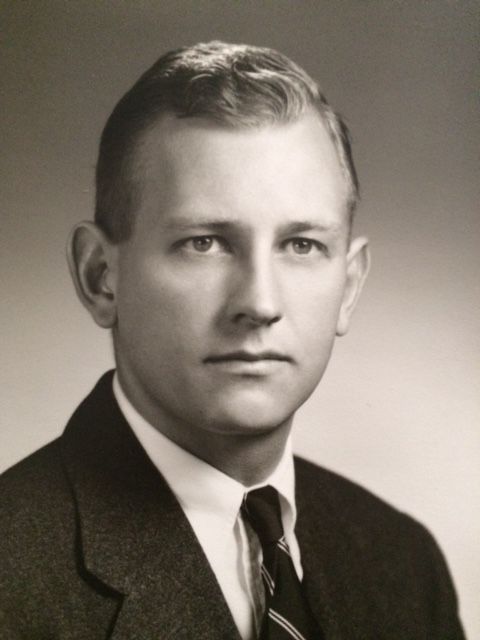 Francis Bailey Laughlin Jr. passed away peacefully on July 3, 2016, at the age of 92 years old. He was a long-time resident of Chelmsford MA and, most recently, of Concord, MA.

Born in London, England, on January 27, 1924, to Helen Marion (Archer) Laughlin and Francis Bailey Laughlin. He spent his early childhood in Paris, France, and Florence, Italy, then moved with his family to Mamaroneck, NY. He attended South Kent School where he served as a prefect and excelled in numerous varsity sports, including hockey, baseball, and football. In 1942 Bailey enlisted in the US Marine Corps, and served in the South Pacific in Guadalcanal and Okinawa. After returning home safely from the service, he entered Brown University, where he was a member of Delta Kappa Epsilon. It was at Brown where he met his beloved wife, Janet Virginia (French) Laughlin. They were married in 1948 in Lowell, MA. They would have celebrated their 68th anniversary in September of this year.

Bailey and Janet settled in Chelmsford MA where they worked and raised their 5 children. Bailey was the owner and President of A.F. French & Co., in Lowell MA, manufacturer of paper boxes. He was active in his community, serving on the board of trustees of Lowell General Hospital, the Lowell Cemetery, and the Central Savings Bank. He was also a longtime member of All Saints Episcopal Church in Chelmsford.

Bailey loved being active. He was an accomplished tennis player, and a founding member of the Chelmsford Swimming and Tennis Club. He was also an avid skier. Bailey spent many blustery days on the slopes of Wildcat Mt, NH, and was a much-loved president of the Wildcat Ski Club. True to his spirit of adventure, Bailey also enjoyed numerous ski trips in Canada, Europe and across the US. Bailey pursued his love of skiing and tennis well into his 80's.

Music was also an important part of Bailey's life. As a young teen, he discovered jazz greats in the clubs of NYC and cherished those memories of seeing the likes of Monk, Bud Powell, Dizzy Gillespie, Charlie Parker, and Lester Young. In some circles, he was also known as a great dancer. He relished the opportunity to share his passionate appreciation of all kinds of music with his children and grandchildren.

Burial at Lowell Cemetery with U.S. Marine Military Honors will be private.