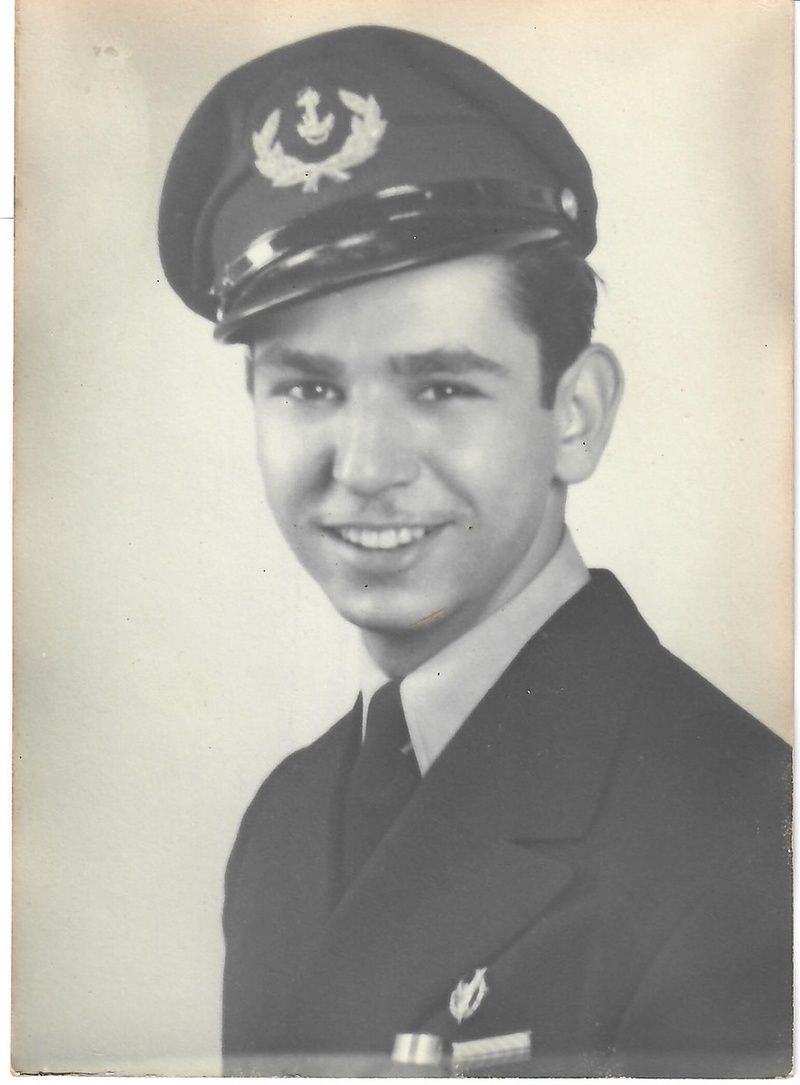 Dick Jacobson passed away on Sunday, December 20th at home with his wife and two sons at his side. He was a loving and loyal husband, father, and grandfather.

Mr. Jacobson was born at the New England Baptist Hospital in Boston and grew up in Brookline, MA. At the age of 15, he enlisted in the U. S. Merchant Marine, serving in World War II aboard several dozen ships in the Atlantic. When the war ended, he completed his education at New York University, graduating with a degree in Business and Management.

Dick was proud of being a Bostonian and lived in the area his entire life. He was charming with a hilarious and connective sense of humor. Everyone was fond of him. Dick was an avid sailor, and always sought out harbors and boats if there were any to be found in the area. He also loved cars and had a series of giant Oldsmobiles throughout the 1970s and 80s. Dick also had a talent for drawing and painting and loved the Museum of Fine Arts. In recent years he found great pleasure in reading at the beach in Nahant and watching the boats, as well as visiting Ogunquit, ME., where he was beloved by those who knew him there. Dick worked hard and was fully committed to his business while always being present for his family which he supported with unconditional love.

Services at Mt. Auburn Cemetery were held on Tuesday, May 25, 2021. To view the memorial service, please use the link below.